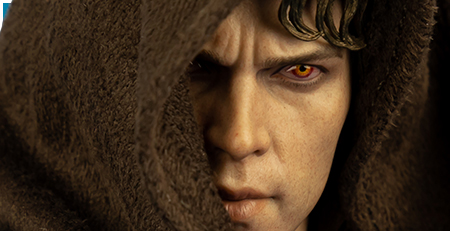 Hot Toys' second Prequel-era Star Wars Movie Masterpiece Series release is a variation of their first, with the San Diego Comic-Con 2018 exclusive MMS486 Anakin Skywalker (Dark Side) 1/6 scale collectible figure seen on this page. Announced via press release on June 21st, the pre-order for the fallen Jedi went up the following day.

Based on his appearance in Revenge Of The Sith, Anakin comes with all the character specific costume and accessories seen in the feature film as well as a Mustafar panning droid floating on lava diorama figure base that features two LED lighting modes. After initially being available for purchase and pick-up at San Diego Comic-Con, pre-orders for the the figure began shipping to North American collectors soon after the convention.

Back To Hot Toys