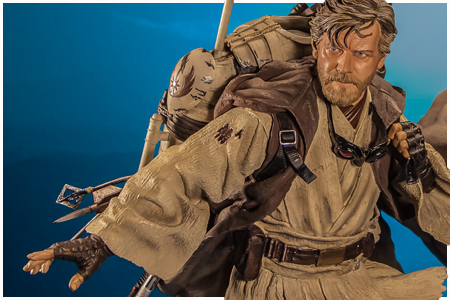 Mythos Statue
While it was described in the initial Mythos statue collection product line reveal and shown to small groups of collectors at behind closed doors events, the Ben Kenobi statue wasn't shown to the public until the 2012 San Diego Comic-Con. Following the event, a preview page was published on their site and it went up for pre-order on August 2nd, 2012. It began shipping in March, 2013.
Product Packaging