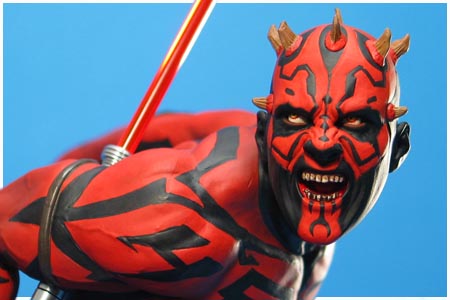 This statue sports a light up feature to illuminate the Sith Lords lightsaber. The activation mechanism allows the user to turn on both blades independently by twisting either end of the hilt. For collectors not interested in displaying this statue with the lights on, Kotobukiya also included darker switch out lightsaber blades.

The Darth Maul Japanese Ukiyo-E Style ARTFX Statue began shipping in March 2011 and had a suggested retail price of $119.99.

Whats In The Box?