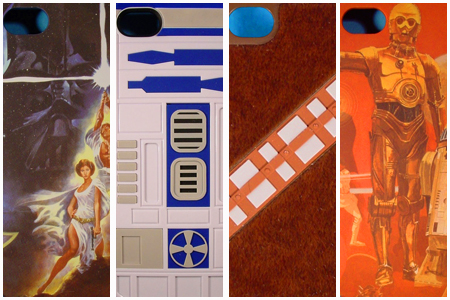 By PowerA
PowerA, a leadng manufacturer of gaming controllers and accessories, has created a new line of iPhone 4 and iPhone 4s phone cases. The first wave of these collector cases debuted at the 2012 E3 Expo in Los Angeles, CA and released for initial sale on the PowerA website. Beginning on 7/22/12, the phone cases will also be for sale in Best Buy stores. The initial wave of phone cases is made up of two collectors cases (R2-D2 and Chewbacca), and two Saga Cases, with original art from the Star Wars movie poster or the Droids of Tatooine. There are at least two other collector cases coming later in 2012, Darth Vader and C-3PO.