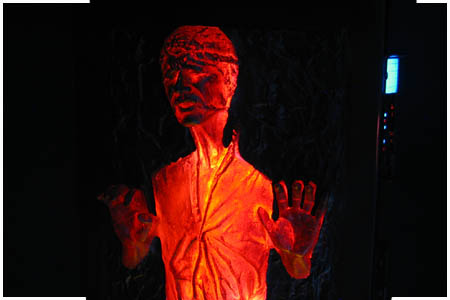 Premium Format Figure
Yes, He's Alive & In Polystone Hibernation Though confirmed months earlier, Sideshow Collectibles revealed the Han Solo In Carbonite Premium Format Figure on June 9th, 2011. It went up for pre-order seven days later. Unlike most of the multi-medium statues in this collection, Sideshow didn't offer an exclusive version for this release. It began shipping out in the spring of 2012.

What's In The Box?
About This Statue