Quick recap for those who are not familiar with Arcade1Up. The branded replica arcade cabinet maker under the Tastemakers, Arcade1Up has been producing 3/4 scale cabinets since 2018. This is the third generation of cabinets and they feature significant enhancements over previous units including stereo sounds, light-up marquees, custom risers, improved LCD screens, and better packaging.

Atari produced the Star Wars cabinet in 1983 as both a stand-up and cockpit style cabinet. The game utilized vector style graphics, digitized voice recordings of the actors, stereo sound, and a whole bunch of features that marveled gamers at the time and earned it a spot on the list of top 100 arcade games. The following year Atari had a followup, Return of the Jedi. Not only did they not follow the movie order but they changed up the interface from vector-style graphics to raster graphics. It was not until 1985 that Atari released The Empire Strikes Back game as a conversion kit with a return to vector graphics. Meaning that arcade owners would have to swap out the marquee and motherboard. Since Star Wars Arcade was still performing well at the time, many arcade owners were hesitant to do that for an unproven earner. This makes that game pretty rare to acquire in that format. Until now gamers could not get the arcade experience of all three of these simultaneously at home on anything other than an emulator, or as an unlockable extra on Star Wars: Rogue Squadron III: Rebel Strike. This is the first at home full arcade experience for these games. 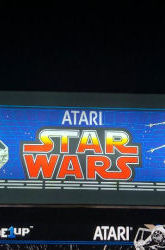 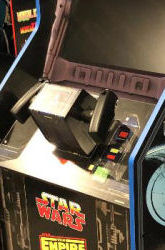 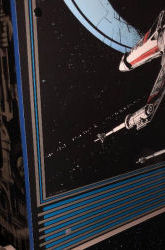 Arcade1Up did something different here, they copied the design of the original arcade game capturing all the cabinet angles and the all-important flight yoke. The artwork is spot on, the light-up marquee looks amazing, and the custom riser really adds to the display of the piece. This is also one of the few units that incorporates full artwork on the kick plate of the unit and not just the names of the game. The only thing that continues to bug us about Arcade1Up units in general is the industrial look of the exposed screws. It is not a deal breaker and easy to fix with some screw caps and paint. You can see above how we used these to give a more natural finish to the unit. You can get some black or white screw caps from Home Depot via these links or any other hardware store. To blend with any of the other colors, we recommend Testers enamel paint from Michaels. You can just pick a close match, gray seemed to work fine here. Also you are going to want some mounting putty to get the screw caps to stay. You can get that at Target, Walmart, Office Max, Walgreens, etc. 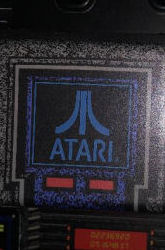 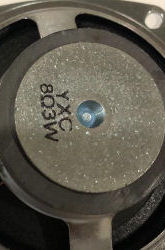 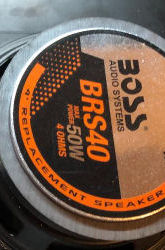 The flight yoke is simply amazing. Incredibly responsive and no calibration needed out of the box, but you can calibrate if you want and it is clearly depicted in the manual (keep this). We found the yoke to be sturdy. In addition to the adult test, we had a seven-year-old and a four-year-old lay into it and it survived the game play.

The sound is ok. This third-generation unit features variable adjustment, as opposed to the previous models' off, loud, super loud settings. It is in stereo which it should be, but the speakers are very basic and underwhelming. We decided to add another mod here by swapping out the stock speaker for some much better in door car speaker here, and these suckers let us feel it. Not to difficult, we used the existing screws and wiring. Just strip the wires and either solder or use some crimp disconnects (AutoZone has a good selection of disconnects and crimpers). It made a big difference, although the stock should be just ok. If you want to 1Up your game, these speaker are about $12 on Amazon with Prime delivery (depending on who stocks them). 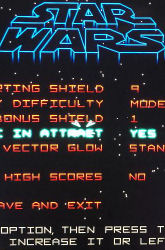 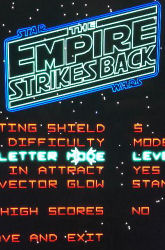 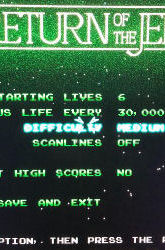 This came with a great central menu allowing you to point and shoot at the games or settings for each game with a fun little R2 chirp each time. The inclusion of the settings is something new in this generations of cabinets and allows you to adjust the difficulty, lives, scoring, and a whole bunch of other features like the ability to turn scan lines on or off on Return of the Jedi, for a vintage experience. 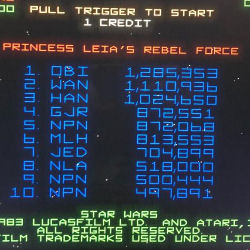 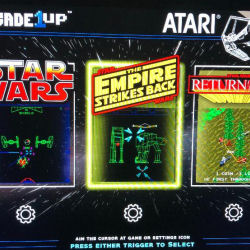 The games also appear to hold your high scores, even after turning off or unplugging the unit, so you can hold on to those bragging rights (I'm coming for you OBI and WAN!!!) Additionally as the game reminds you when starting each one, holding all the buttons for five seconds will bring you back to the main menu, so no need to turn the game off and on to reset. 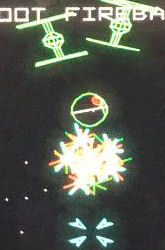 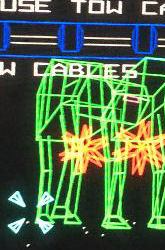 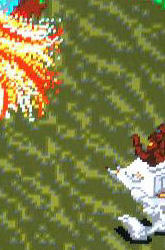 Hard to say anything other than, Yaaaaahoooooo! These games are just like I remembered them, a ton of fun. Blowing up the Death Star, taking out walkers, and blowing up the Death Star (now with Ewoks), it never gets old. These are also just as challenging as I remember, especially Return of the Jedi. I never cleared the Death Star II level, always get caught smashing into a wall on the way out, until of course while working on this review I pulled it off. 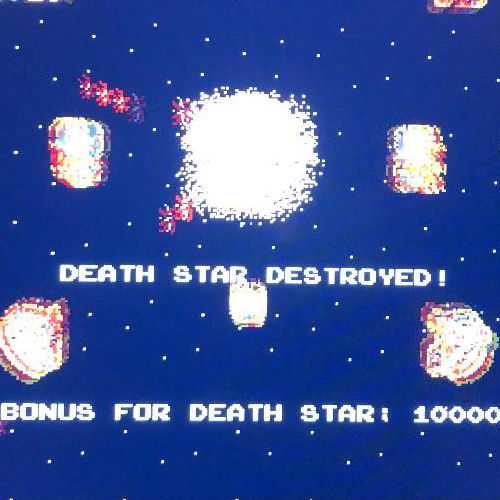 The Force is definitely with this one. Great design, great features, great games, and just plain fun. This is both an amazing unit and an amazing collectible. Yes, the price can scare people away but keep in mind this units start at $300, the custom risers go for another $80 and the lightup marquees will run you $50 to $60 third party, so that $500 price point is not too much when you think about Arcade1Up also having to deal with license fees from Disney. It is just simply amazing that Arcade1Up got the license to do this in the first place and that alone should be a reason to support this. If this sells well, maybe we will get the Sega Star Wars Trilogy Arcade version that we also all love and maybe others as well.

With the holidays coming up, we see this as being under (or set up next to) the tree of many Star Wars fans. Lastly, for additional fun and immersion, we recommend pairing with the Black Series Luke Skywalker Pilot Helmet. Happy hunting, and remember, the Force will be with you......always! 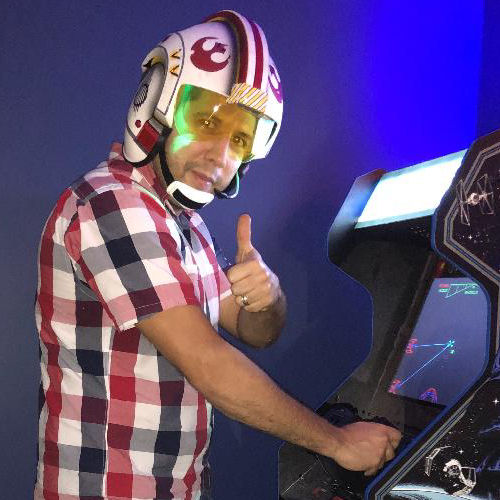 This latest Star Wars Home Arcade is available now from Gamestop and Walmart (priced $499.99 plus tax) in the US now, and you can discuss this Star Wars arcade cabinet in our forums too.
SEND