Providing toy retailers, importers and wholesalers an opportunity to highlight their wares for the coming year, the Australian Toy Fair is held at the Melbourne Convention and Exhibition Centre (locally known as Jeff's Shed) over the first weekend of March.

Like last year, Rebelscum was there to cover the final show of the international toy fair circuit. Unlike the British and New York toy fairs however, the Australian contribution is much more pared down. Generally speaking it is mostly distributors and wholesalers that attend, with only Hasbro and LEGO being the only toy manufacturers displaying their products. Neither Hasbro or LEGO had any new items since the previously mentioned toyfairs, and unfortunately Hasbro did not reply to our request for an appointment and LEGO declined to allow photographs, despite all their 2017 offerings being photographed at New York a few weeks before.

Accordingly our coverage of the Australian Toy Fair only includes those displaying Star Wars merchandise and extended their hospitality. And so, in no particular order:

Winning Moves manufactures and distributes customised and licensed editions of Hasbro's classic board games as well as their own IPs such as the perennially popular Top Trumps card game. On show was Rogue One deck, which is currently available in stores and on the Winning Moves website, and the two unreleased and upcoming Episodes I to III and IV to VII Top Trumps decks. If you are unfamiliar with Top Trumps, it is a simple card game with each card containing a list of metricized data. The aim of the game is to win the other player's hands by selecting a category with the highest value. Also on display was their Star Wars Top Trumps Quiz "With A Twist" trivia game. With questions from the first seven episodes, players compete to show how much Star Wars knowledge they have. It's not a simple quiz-off though, as the winning player can be challenged with a round that tests their memory against the questions they have just asked. The third product presentation by Winning Moves was the Star Wars Top Trumps Match game. New for 2017, this vertical mix and match game pits two players against each other in a race to be the first to match five Star Wars character cubes.

As one of Australia's fastest growing distributor of games and accessories, toys and collectables, trading cards, clothing and jewellery, board games and licensed merchandise, this company has focused its Star Wars imports on a number of novelty items such as mugs, glassware and ceramic cookiee jars from Australian-based Licensing Essentials (who attended last year's toy fair), jewellery (rings, pendants and earrings) by Sales One in the USA and the tactical Star Wars miniature combat games by Fantasy Flight Games.

Ventura Games is one of Australia's premier distributor of family board and strategy games and jigsaw puzzles who have built a solid reputation amongst independant retailers in Australia. Their core Star Wars focus is the X-wing and Armada miniature games. They were the only attendees to be displaying the new collectible dice and card game Star Wars: Destiny.

HeadStart is the hottest toy company in Australia with a focus on bringing the toy brands - including Star Wars - to retailers in Australia. HeadStart have developed their own range of plush toys as well as having an importer agreements with JAKKS Pacific to bring in their big figs and Underground Toys to carry their premium plush talking range.

ClicTime is a design and manufacturing company who create unique timepieces. Their main focus is Star Wars watches and clocks, and they also have their own BulbBotz line of bedside table alarm clock/lights and watches, as well.

The new line of LEGO Star Wars clocks and watches will cover both Rebels and The Force Awakens characters, and is due out this November. 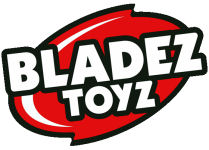 Bladez Toyz are an international company, specialising in the design, development, manufacture and distribution of cool, innovative and must-have toys. Their Star Wars products are a range of inflatable RC characters that have built in sounds and special features. Most of their RC toys are scaled down but Rebelscum has it on authority that they have a 1:1 R2-D2 in development.

Scholastic Australia has been bringing the best of children's Star Wars publishing to children for since 1997 and is recognised one of the oldest Star Wars licensees in the country. Their remit covers novelty books like the LEGO Star Wars range, boxed sets and educational titles.

This toy and hobby importer from Australia offers a selection of Metal Earth lsaer cut model/sculpts to the specialist market.

Independence Studios is a wholesaler of homewares, gifts and specialty toys in Australia. Their Star Wars offerings is sparser than last year's and only includes a few character cups and novelty items as they move away from this license.

Ikon, not to be confused with the South Korean boy band, is one of Australia's largest distributers of popular action figure and trading card lines and deliver products to big-box retail and specialist stores.

As the leading distributor of licensed entertainment toys and collectibles in Australia and New Zealand, Banter Toys & Collectibles services the specialty retailers with major US trading card brands like Topps.