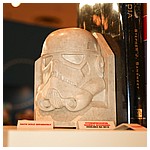 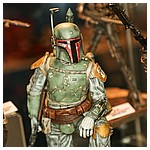 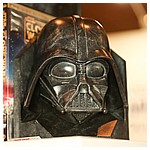 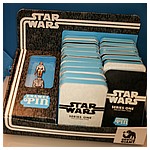 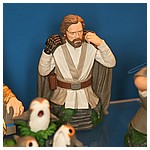 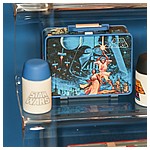 Gentle Giant announced new lines of their products for the mass market. Among them were some really cool throwback Star Wars products.

These little beauts feature vintage posters and original lunch box designs. The thermos included doubles as an eraser. Expect these blind box bad boys to show up in stores like Target, Walmart, and Hot Topic sometime in the near future.

Gentle Giant surprised us with this amazing vintage-style enamel pin collection. Based on the classic Kenner line, these come in a cardback that folds back into a display stand. Gentle Giant reps discussed having mixed media like cloth or vinyl capes and even telescoping lightsabers where applicable. There were also some protoypes for pins based on The Last Jedi. Gentle Giant said to expect several different lines of these.

After a long hiatus, Gentle Giant is returning to their early days with the relaunch of the Bust-Ups blind box line. We got a look at some characters from the latest movie. No further discussion on what to expect next but there was talk about the possibility of full body versions resembling the Marvel line.

Gentle Giant revealed the next two pieces in their Collector's Gallery bounty hunter set. As you can see in the photos, 4-LOM and Boba Fett continue with the bases from Jabba's Palace. While not on display, we were given some details about the Dengar statue, which will feature a slightly different pose. Expect Dengar to be sitting on a crate holding his rifle.
SEND