LEGO: 75192 UCS Millennium Falcon To Get General Release
Posted by Jeremy on December 22, 2017 at 02:25 PM CST
Months ago when all the world could talk about was the FUBAR distribution that the 75192 UCS Millennium Falcon was receiving, Rebelscum was able to offer a ray of sunlight when it was revealed that the mother-of-all-sets would have widespread retail release in 2018.

So if you are over watching, waiting, commiserating the LEGO shopping website then put your refresh button on hold because it has been confirmed that Toys "R" Us (in France at least) will be carrying this set. 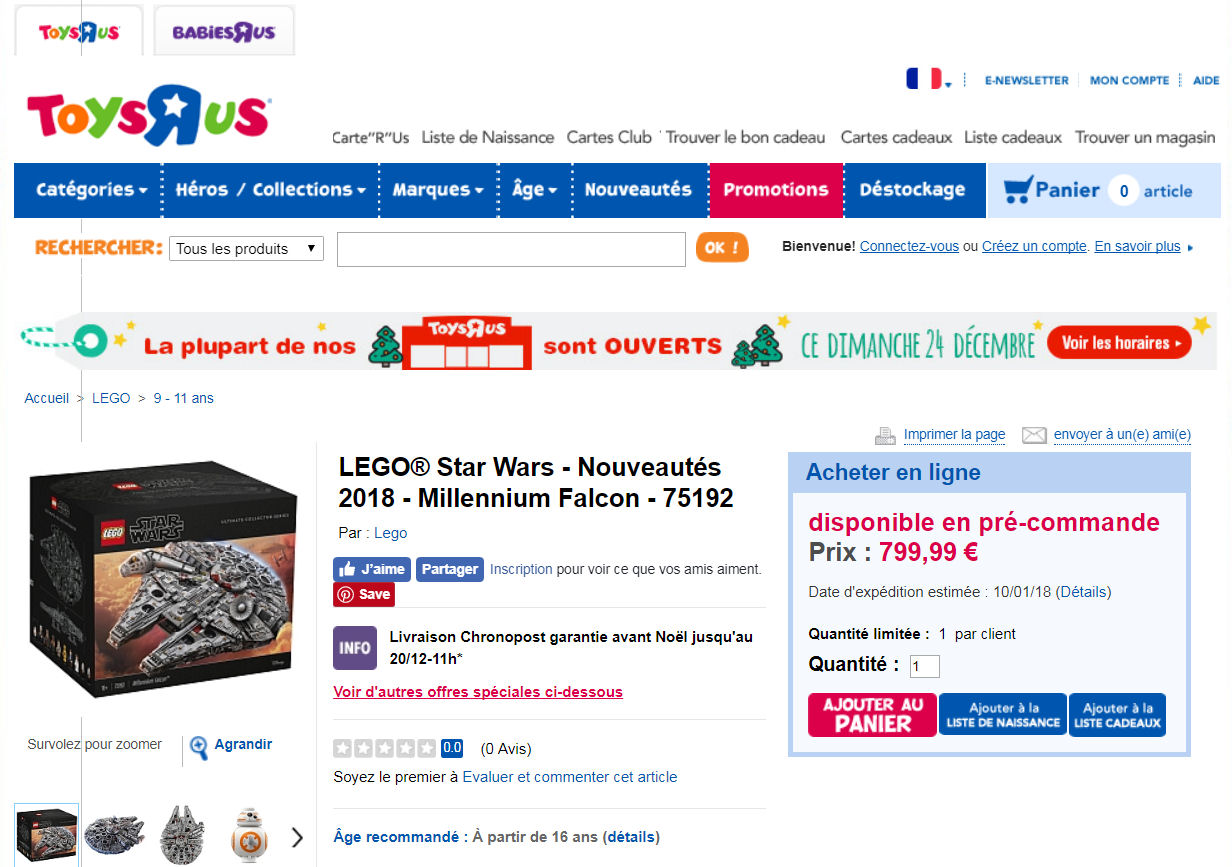 The set is available tobe bought now - it won't ship until January 10th and customers will only be charged for their purchase once the order has been dispatched. According to European pricing regulations Toys "R" Us will have to carry the 799.99 price tag for a minimum of 28 days before it can apply discounts. Of course this means no limited edition VIP card, early access to promotions and exclusives or the points that go with it. But with just over a week to capitalise on the LEGOshop.com there's literally a snowball's chance in hell that you'll secure one of these online.