This seasonal staple of Irish television channel RTE has been airing yearly since 1994, and is often the most-watched program of the year. It is said that being featured on the LLTS gives a major sales boost to a product heading into the Christmas season, and it's no small wonder that the lead in graphic to the show explains that the programme contains product placement.

Before you make the jump and watch the show take a moment to enjoy Star Wars medley played on the Irish bagpipes first. 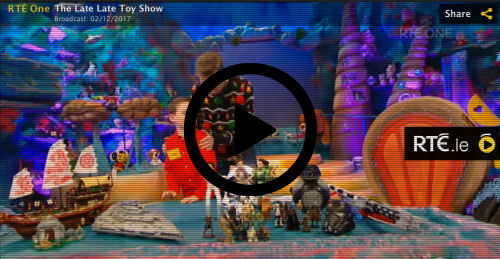 For a full list of what was promoted on the show jump to the LLTS live blog, where 75200 Ahch-To Island Training is listed as being available to buy at the Disney Store on Grafton Street, Dublin for 29.99. 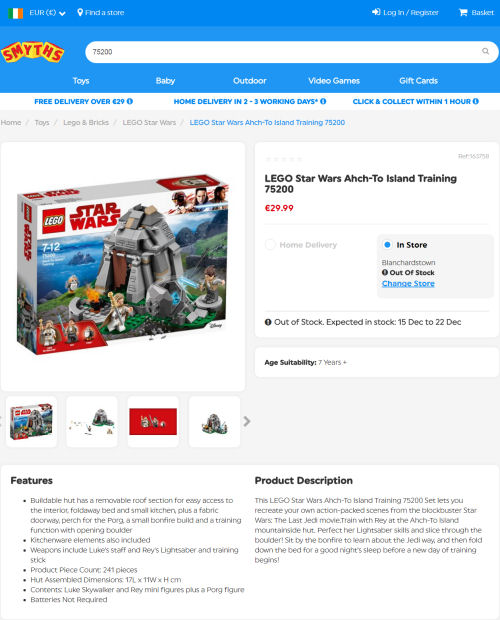 This is exactly the same price that Irish toy chain Smyths lists it for on their online shopping portal, which also shows the set as being available from between December 15th to the 22nd.

Not long now, so breathe!
SEND