LEGO: Is A Star Wars CMF Wave Coming?
Posted by Jeremy on January 7, 2019 at 07:32 PM CST
We at Rebelscum want to make it clear that the sum of the evidence - of which one point is rumour - is circumstantial, but there are enough clues circulating to suggest that the likelihood of the first ever Star Wars collectible minifig series might not be the hard "no" it has been in the past.

And it is in the past where the answer to "why has there never been a Star Wars CMF series before?" lives.

The trail starts in 2000, when LEGO released four packs containing three minifigs. These pocket money sets were exclusive to LEGO and extremely limited in their distribution. According to Brickset they were only ever sold online and at the two existing bricks and mortar LEGO outlets (LEGOLAND Windsor and the LEGO Brand Store at Bluewater shopping centre) in the UK.

These quickly came under fire from Hasbro who, if the explanation given at the time is to be believed, accused LEGO of being in breach of its contract with Lucasfilm, who had awarded them the global Star Wars construction toy license. Hasbro's complaint was that these four sets weren't true construction toys, and they stepped into the realm of action figures - a license that Hasbro held, through its acquisition of Kenner and subsequent negotiations, for over 20 years. After going to arbitration with Lucasfilm, détente was reached, with LEGO and Hasbro settling the matter and LEGO being allowed to only produce promotional minifigs. 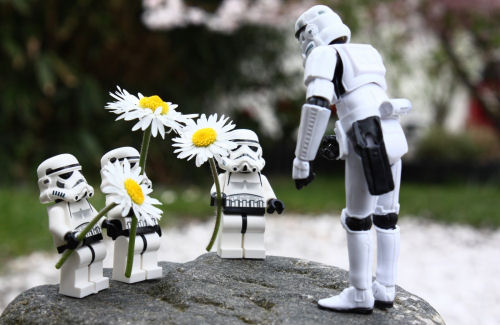 Even though fans were denied the individual minifigs they desired, LEGO came up with two work-arounds: battle packs (a collection of four minifigs with a small buildable vehicle/weapon/building) and magnet sets (which had easily removable minifigs).

Since then LEGO has only released individual minifigs in polybags as part of special events or promotions, or as magazine cover mounts. In recent times select bricks and mortar retailers - including a number of LEGOLAND parks - have been given an increasing amount of exclusive Star Wars minifigs to sell, signifying a change in heart on one of the stakeholders part.

With poor toy sales being reported all round, a preponderance of unsold Star Wars merchandise still lingering in bargain bins and Hasbro's license with Lucasfilm expiring in 2020 - reports TheForce.net - it's not hard to guess whose resolve has softened.

Now a very suggestive indication, via the Collectible Minifig Series poster for The LEGO Movie 2: The Second Part, that a new CMF is on the way has popped up. A close look at the bottom right corner has a splash graphic announcing the May launch of a surprise new series. 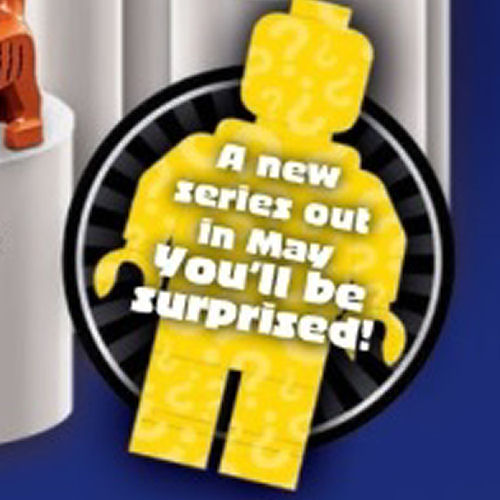 Taking a look at the graph below, the release of a CMF series in May is nothing new (with the The Simpsons, Disney and 17th series all coming out in that month), but the importance of it being the international month of Star Wars, LEGO continually investing a great deal of effort in the yearly May The 4th Be With You celebrations and the 20th anniversary of the LEGO Star Wars license taking place in 2019 shouldn't go unremarked. 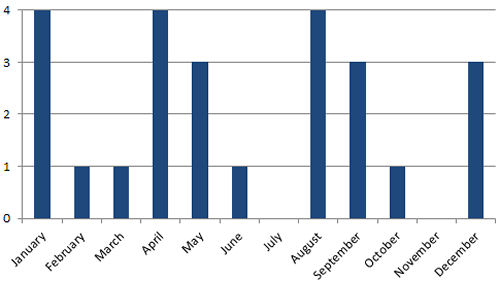 The third clue, and this is the most sketchy one, is a missing Star Wars minifigure that was leaked in the early part of the summer of 2018. The figure - which will go unnamed and hasn't been verified as anything more than a very well made custom - was expected to be released with an unconfirmed MicroFighter in Summer 2018 wave. And with the exception of a couple of eBay sellers, has never been seen for sale. It is now suspected that this minifig might be part of the posited Star Wars CMF series.

With all that said, it might be 100% hokum and the decision not to produce a CMF series based on Star Wars might come from LEGO itself - with Star Wars characters requiring any number of unique elements to create accurate minifigures, the cost to develop the moulds would be prohibitive unless the parts can be used in other sets. Experience has shown that minifigs in CMF series are generally exclusive and don't often crop up elsewhere, and while the limited distribution of a Banana Guy isn't going to harm anyone's budget, an entire collection of 15 more similarly costumed minifigs would.

At the moment we're pinning this story on our wishlist board and will keep a close eye on it until it is officially debunked or confirmed. Until that happens you can share your hopes or skepticism in the LEGO Star Wars 2019 News and Discussion thread in our forums.
SEND