LEGO: Pre-order 75251 Darth Vader's Castle Now
Posted by Jeremy on October 4, 2018 at 01:29 AM CST
Even though the news that LEGO is releasing this abode of evil is less than 24 hours old it is already up to pre-order at LEGO's shop@home site - just click on the screenshot below to make the jump. The set retails for US$129.99 and ships on December 1st. It's likely that the Amazon offer will be slightly cheaper; however their pre-order page for this set has not been listed yet. 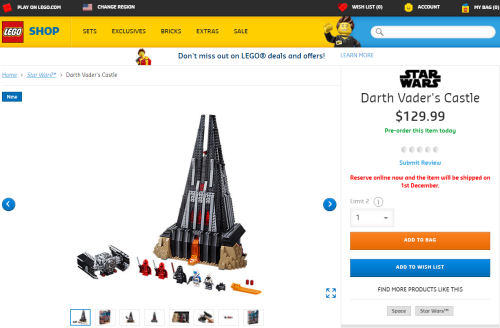 
Don't forget that purchases over US$35 will get a free Han Solo Mudtrooper minifig - this offer is worldwide so check your region for qualifying order amounts. 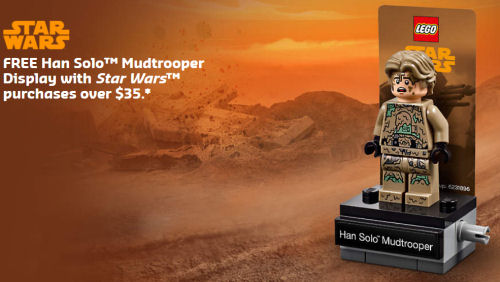