LEGO Star Wars Fans Dive Deep At Rancho Obi-Wan
Posted by Jeremy on April 6, 2020 at 05:26 AM CST
Billed as a deep dive into the extensive LEGO Star Wars collection housed at Rancho Obi-Wan, this ticketed event treated guests to a tour - with Steve as the guide - of the world's biggest Star Wars collection, followed by a special LEGO Star Wars presentation helmed by Marc Morita, and capped off by a Skywalker Vineyards wine tasting and local beer (from HenHouse Brewing Co in Petaluma) and a genuine Texas barbecue cooked in their R2-BQ smokers.

Located in Petaluma, a short drive from downtown San Francisco (and Lucasfilm's headquarters) and a valley or two north of Skywalker Ranch, is an unassuming ranch house that has a very peculiar gate, behind which is Steve Sansweets famous Rancho Obi-Wan - the single largest collection Star Wars memorabilia in the world.


As well as countless action figures, costumery, any number of fan-made items, pinball games and the like lay some of the most valuable and unique LEGO Star Wars treasures in existence; sets that are so well preserved they would make collectors gasp and items so unique that they rarely get spoken about - much less seen in public.

And for one evening in mid February 2020 they were on display in Rancho Obi-Wan's inaugural LEGO Star Wars Deep Dive tour. But before interested parties could sink their teeth into this highly-popular line of plastics bricks and minifigures, they got to enjoy a tour of the full collection with Steve wearing the tour guide hat. 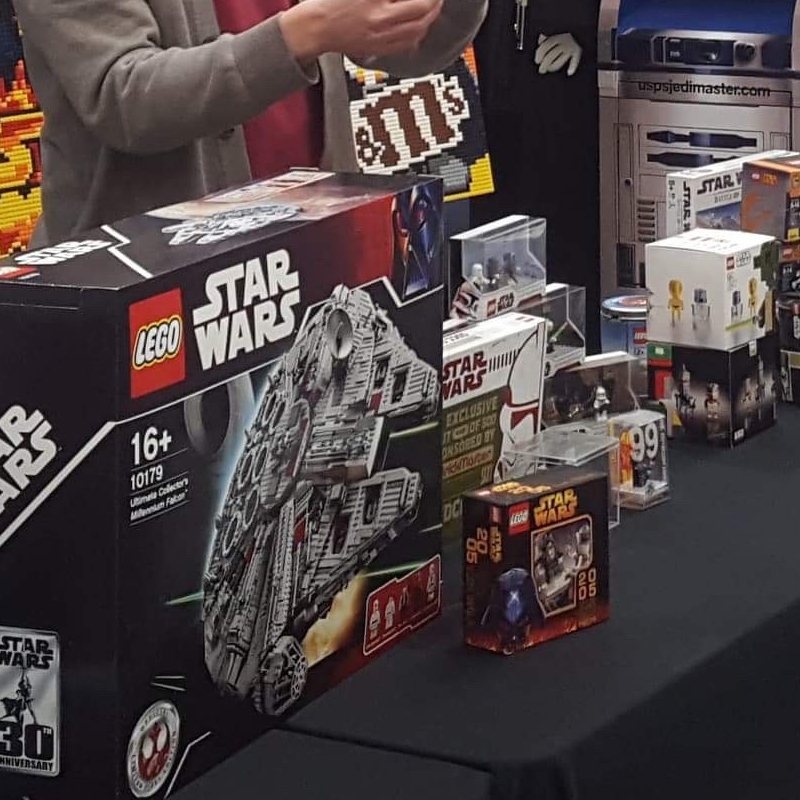 After the tour, guests were taken to see a specially selected portion of Steve's own LEGO Star Wars collection. While most Star Wars collectors will know about his immense vintage Kenner and modern Hasbro action figure collection, all the theatrical posters he has amassed or the weird and wonderful ephemera he likes to show off at Star Wars Celebration events, Rancho Obi-Wan isn't on the LEGO aficionado's map.

But it should be, because there are plenty of LEGO sets - both common and exclusive - to drool over.

Take, for instance his 10123 Cloud City set, which after 15 years still looks factory fresh or the (recently replaced) mint-in-box and factory-sealed 10179 UCS Millenium Falcon, both of which are grail items for many LEGO Star Wars hunters.

And amazing as those sound, Steves collection has items that are even rarer. For example, there are not one, not two, but three full-sized LEGO statues from FAO Schwartz of Darth Vader, Boba Fett, and R2-D2! Another mouth-dropper is the almost-but-not-quite-lifesized statue of Yoda that Target gave away in their 1999 sweepstakes. At the other end of the scale is the genuine New York Toy Fair 2013 exclusive street scene that Yoda dons a NY I ♥ t-shirt in.

Hand-picked and hosted by Marc Morita, a local school teacher born in Lucas Valley who has been helping out at Rancho Obi-Wan since 2015, the deep dive continued with a look at some of the most sought after promotional and exclusive sets, including the Miniland-scale Han Solo and Chewbacca that was given out at New York Toy Fair in 2011. 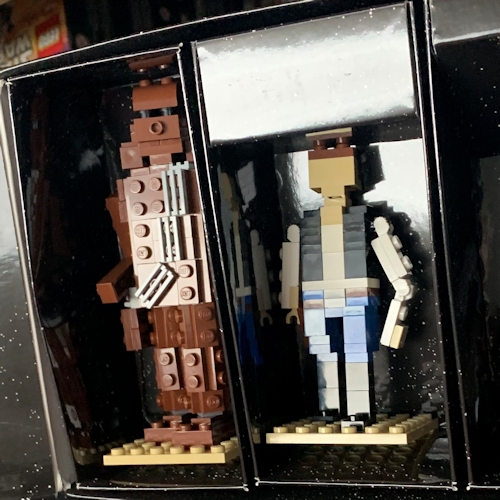 All of this served to whet the audience's appetite before Marc moved on to the piece of resistance: the very first piece LEGO Star Wars merchandise ever made - the diorama of Luke and Vader that announced to the toy industry that LEGO and Star Wars was coming together. Sansweet's own is so well preserved that the music chip still plays the Imperial March (Vader's Theme) in glorious MIDI tones.

Not all of Marc's presentation concentrated on the fantastic plastic that has come from the LEGO factory over the last 21 years because he made effort to draw attention to a very special custom LEGO build that had been given to Steve. 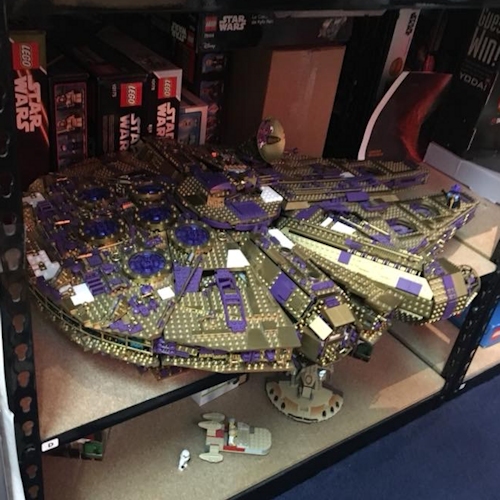 Built by industrial designer and fan of Rancho Obi-Wan Sabs Fielger while he interned at LEGO in 2014, this one-of-a-kind purple and gold UCS Millennium Falcon - piloted by a heliotrope fedora-clad Lando Calrissian - has an important place in Marc's heart as it is the item that he would risk his life for if Rancho Obi-Wan caught fire.

As a volunteer docent at Rancho Obi-Wan, there are times when our contribution to the museum gets recognized. Stephen and Anne offered me a ticket to the World Premiere of The Last Jedi. It was truly a once-in-a-lifetime opportunity that I will never forget.

After the premiere, I racked my brain to find a way to thank Stephen and Anne, but
Stephen was way ahead of me. He said, I know how you can thank me. He brought me into the office to find the purple Falcon, broken from the trip from Copenhagen to Petaluma.

Can you take this home and fix it?

As a lover of the brick, this did not feel like a chore but an honor. This is how you repay Stephen Sansweet. You do what you love, and my love for the brick and having the chance to rebuild such an amazing piece was the way to show my gratitude to Steve.

After the LEGO showcase, Rancho Obi-Wans general manager Anne Neumann served up some of her famed briskets. Asked for the recipe, Anne replied "salt and pepper, smoke until done" though nothing as good as Rancho brisket can be that simple. Whatever the secret ingredient is, Anne isn't saying. Surrounded by good company, good food, and good bricks, the LEGO Deep Dive was a tremendous success.

If you are in Northern California head to Petaluma for a visit to Rancho Obi-Wan and its incredible collection. Rancho Obi-Wan isnt just a nexus for LEGO Star Wars fans, its the center of all Star Wars collectibles. 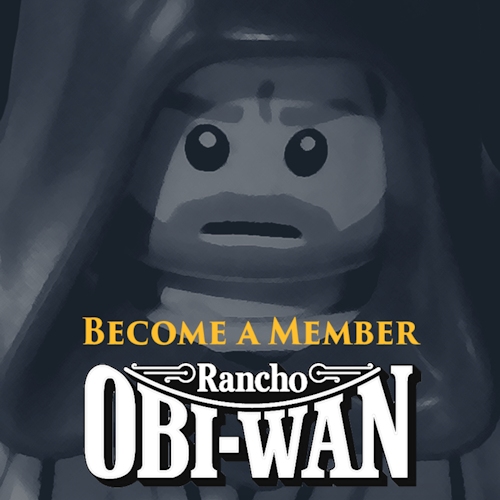 Ig-88 - #15
Sideshow Darth Maul Mythos statue 2020
Smuggler's Run - 3 pack (Hondo, Rey & Chewie)
I will be selling it due to need of money for my health care. Way expensive. Starting a list of some Black series and a couple of vintage exclusive
A very odd request...
thesupercollector on Ebay
Boba Fett Prototype Edition - Retro Line