The No. 1 LEGO® video game franchise returns with a fun-filled, humorous journey through the new Star Wars adventure  and more!

Coming out on PS4, PS3, PSVita, XBox One, XBox 360, Wii-U, 3DS and the PC, LEGO Star Wars: The Force Awakens Video Game is sure to make the top ten video game charts everywhere. With eight different platforms and ten - including the two deluxe variants - different versions of the title, video gamers and Star Wars collectors have got a lot to chose from. But what retailer and which copy has the most enticing options?

The deluxe set is what Warner Bros Interactive seems to be putting all its money on. With a premium price tag, this version has an eye-catching cover, an exclusive minifig and a season pass to downloadable content. As a bonus bonus the PS4 deluxe version also offers the phantom limb level pack (presumably the back story of C-3PO's rouge appendage) and a droid character pack. Incidentally, the extra levels and character pack are also bundled with the regular PS4 release, as well as the PS3 one. None of the Xbox versions offer these add-ons.

Clearly the best version for LEGO Star Wars collectors is the Amazon Germany deluxe version which, for between 59.99 and 69.99, gets you the game, extra Droid Character Pack and Phantom Limb Level Pack content and four polybagged exclusive sets. Remember that this version might not be compatible with your console's region coding, so buyer beware! 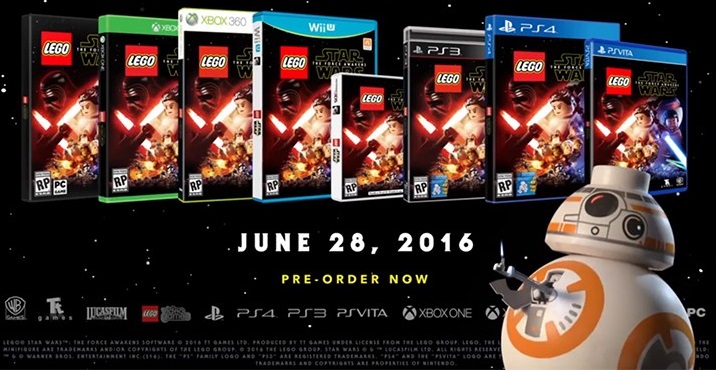