Upcoming Obi-Wan Kenobi Black Series Revealed by Ewan McGregor!
Posted by Jobi-Wan on May 5, 2022 at 08:09 AM CST
Beware the revenge of the 5th, Rebelscum! May the 4th had one last reveal for us. Ewan McGregor appeared on Jimmy Kimmel Live last night with guest host Mike Birbiglia (Jimmy is out with Covid). Ewan chats about traveling around the world, playing Obi-Wan, his uncle Denis Lawson (who played Wedge Antilles in the original trilogy), the new Disney+ series, and the Starlight Children's Foundation bringing Star Wars hospital gowns to children's hospitals. He also showed off the new Obi-Wan Kenobi figure based on his appearance in the new series. During the interview, Ewan joked that despite all the body scanning they do for the series, he still thinks the new figure doesn't really resemble him.

You can see the clip here:

Interesting to note, in the images that Hasbro sent us, there was not a picture of the figure in its packaging. In the interview, when Ewan holds up the figure for the camera, you can see that it comes with a blaster (as seen in the new trailer) and it appears the plastic tray has spots for one or two other accessories that had been removed. I'm guessing the figure will come with additional accessories that Lucasfilm is avoiding showing for now to avoid spoilers. 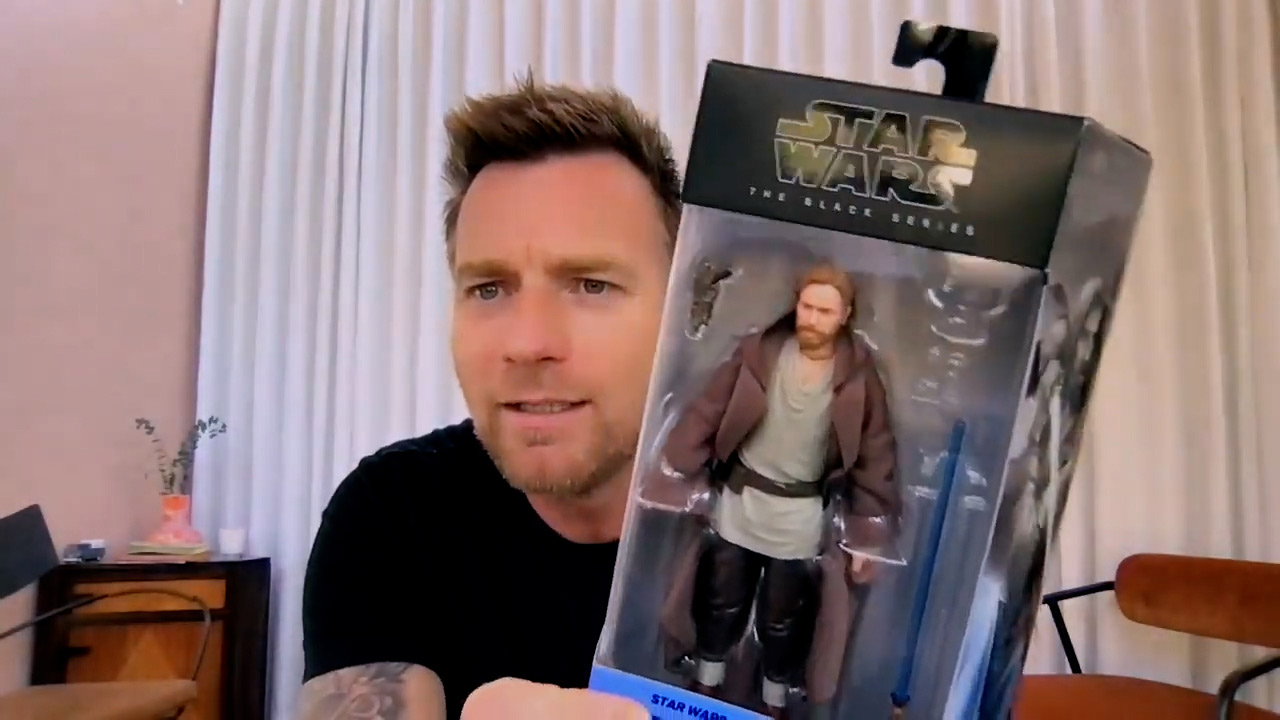 Here are better shots of the figure that were provided by Hasbro: 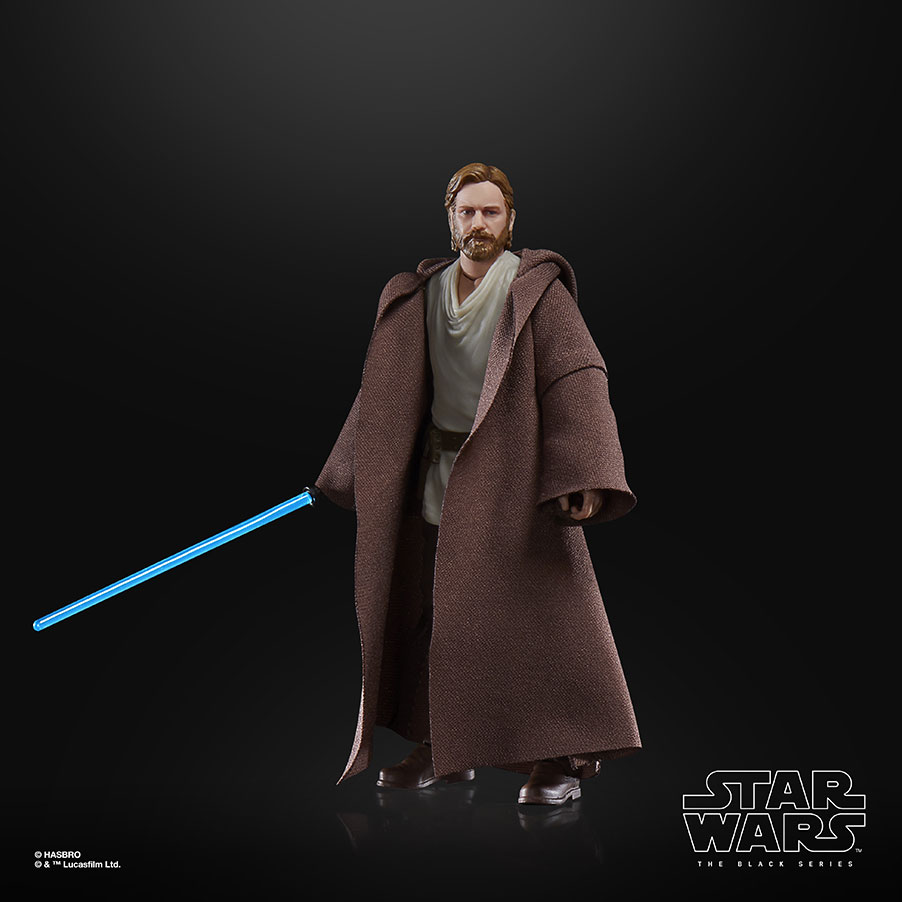 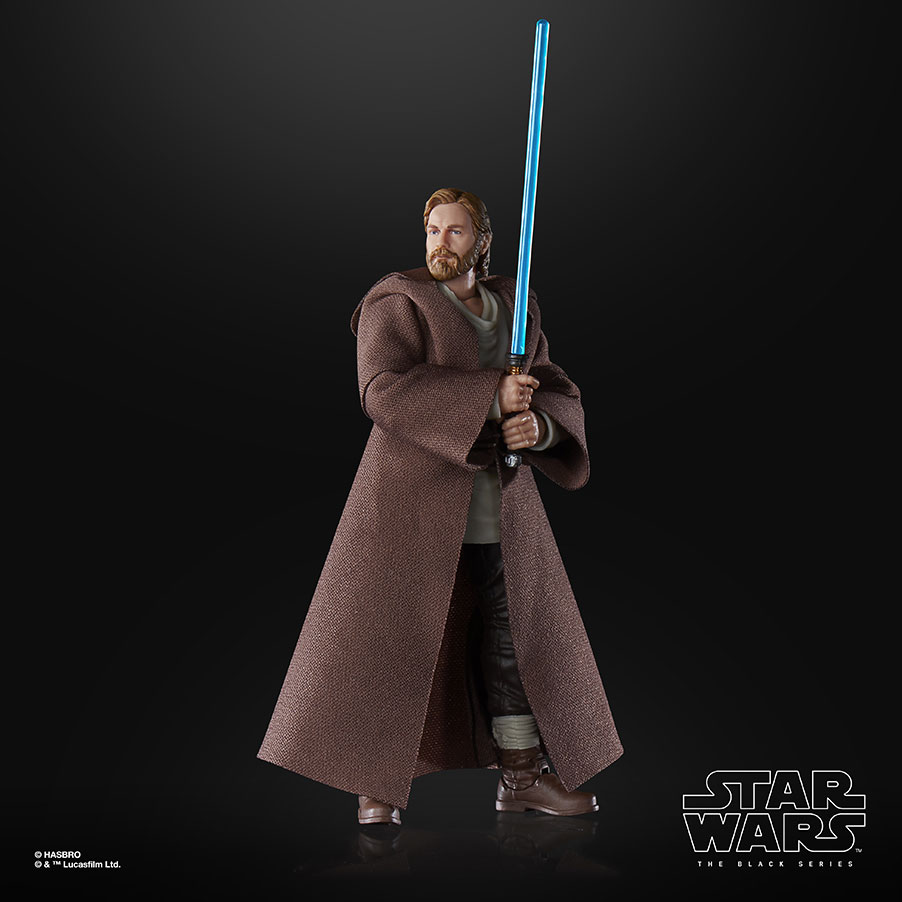 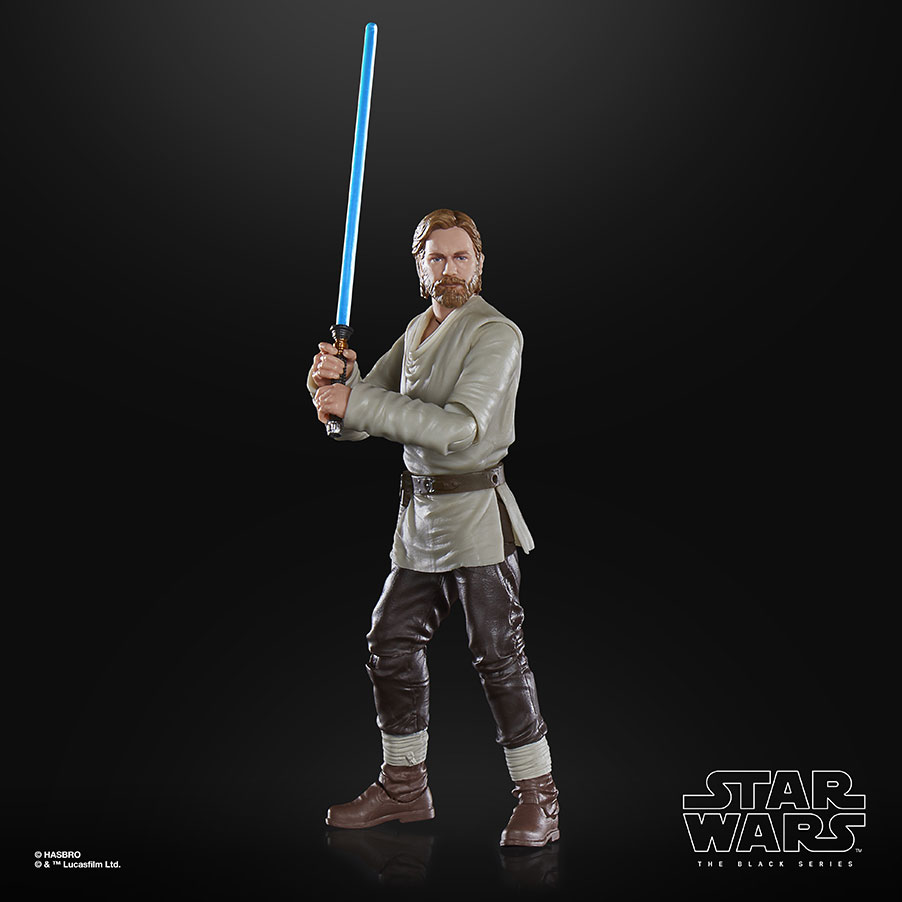 STAR WARS: THE BLACK SERIES OBI-WAN KENOBI (WANDERING JEDI) FIGURE
(HASBRO/Ages 4 years & up/Approx. Retail Price: $24.99 /Available: Spring 2023)
STAR WARS fans and collectors can imagine scenes from the STAR WARS galaxy with this premium THE BLACK SERIES 6-INCH OBI-WAN KENOBI (WANDERING JEDI) figure, inspired by the character in the STAR WARS: OBI-WAN KENOBI series. Obi-Wan Kenobi is set years after the dramatic events of Star Wars: Revenge of the Sith where Kenobi faced the corruption of his friend and Jedi apprentice, Anakin Skywalker turned Sith Lord Darth Vader. It also features the great articulation we have come to expect from Black Series, including the butterfly joints which allow more dynamic posing and articulation.
Fans and collectors can display this fully articulated figure, featuring premium deco and poseable head, arms, and legs, in their collection. This STAR WARS: THE BLACK SERIES figure also comes with 3 entertainment-inspired accessories. Available for pre-order 5/11 at 1:00 PM ET at most major retailers, including Hasbro Pulse.

It's always nice to get an extra surprise at the end of May the 4th, right? What do you think about this newest Obi-Wan Kenobi figure? Let us know in the forums!
SEND