AU News: LEGO Certified Shop Opens
Posted by Jeremy on February 1, 2017 at 07:09 AM CST
Attached to the Dreamworld theme park is the largest LEGO Certified Shop in the Southern Hemisphere - at 350 m2 it dominates the frontage and is the single largest retail space in the entire park - and stocks enough LEGO bricks to fill two Olympic swimming pools. As a LEGO Certified Store (LCS) it's not operated - or even owned - by LEGO but you wouldn't know that from first, second or third appearances.

Along with Jay from Jay's Brick Blog and Michael who runs Bricking Around, two prominent Australian LEGO blogs, we were given an early-access tour by the store manager Amelia. On entering the store customers are greeted by two armed life-sized brick built Clonetroopers who proudly guard the towering Pick A Brick wall. While the other AFOL press members spent vital minutes checking out how many sand green bricks and plates were on offer (what a bunch of geeks!) I sniffed out the wall of LEGO Star Wars sets. 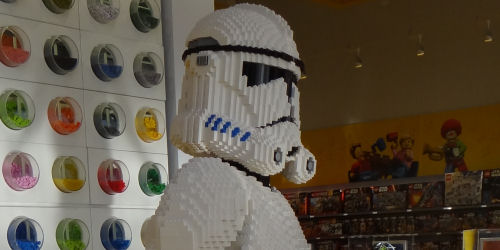 And I wasn't disappointed because taking pride of place - in my eyes at least - along the south wall and out of the strong tropical sun light was a veritable Cornucopia of The Force Awakens and Rogue One sets plus a number of retailer exclusives. Prices match those on shop@home, and aren't likely to budge, so clearance bargains aren't going to be had but it gives shoppers a chance to get some of the LEGO Direct items - such as 75158 Rebel Combat Frigate - that didn't see the light of retail in Australia. 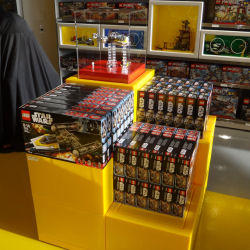 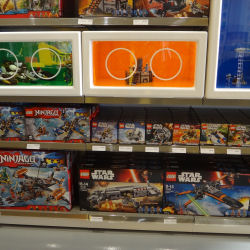 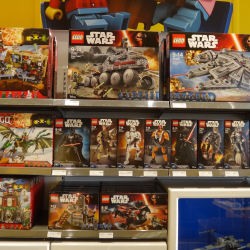 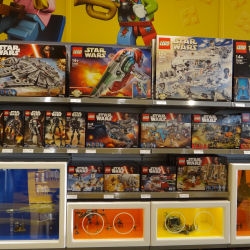 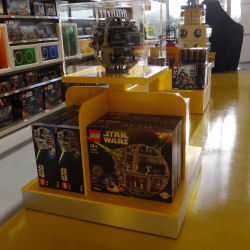 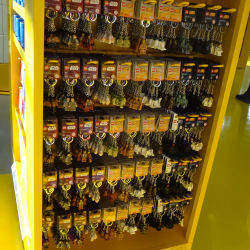 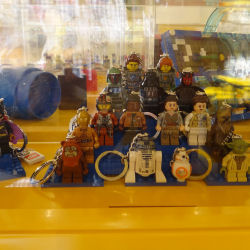 Tearing myself away from all the LEGO Star Wars sets (which I estimate covers at least 15% of the wall space in the store) I spoke to the manager about how this LCS would operate, particularly the events calendar. Like other LCS in the world this store will run a series of monthly builds and promotions. Touching on the matter of the importance of May to Star Wars fans around the world, I was assured that the park's management was acutely aware of the global retail and charity festivities (having hosted the 501st Redback Garrison's annual Stormtrooper Weekend for over half a decade) and were working with LEGO to ensure that LCS Dreamworld would have a place on the calendar. I left with the distinct feeling that I'd be hearing more about their May the Fourth plans over the next few months.

The LEGO Certified Store is located at the entrance of Dreamworld, just next to the turnstiles and is open daily from 9 am to 6 pm. As it is a standalone shop there is no requirement to buy tickets to the park in order to gain entry to the LCS.
SEND