LEGO: 2019 Rumour Treatment
Posted by Jeremy on October 16, 2018 at 05:07 PM CST
Drawing on wisps of intelligence posted by Sir von Lego, who has been an absolute torrent of information this last week, in the Eurobrick forums and others elsewhere, Rebelscum has been able to paint a picture of five sets that are rumoured to be coming in the first half of 2019. 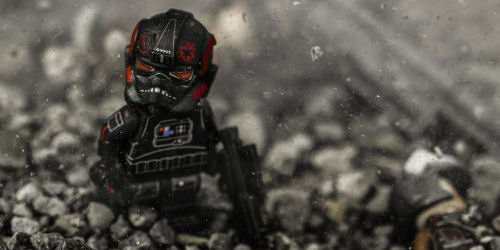 Battle packs are a favourite of LEGO fans because they provide four affordable minifigs - and 75226 Clone Troopers Battle Pack is shaping up to be a stunning addition to the line. If rumours of it having a female character and three stormtroopers in black armour are correct then those who have been wanting a set of Inferno Squad minifigs are going to be vindicated.

There have been numerous small units of specialised troops - such as Omega Squad and Twilight Company - in the canon history of the Star Wars galaxy. This most recent addition, which was first revealed on the official Star Wars website early in 2017, is a particularly popular Imperial special forces commando unit who have so far been immortalised in an eponymously titled book, the Battlefront II video game and various action figure and statue formats. 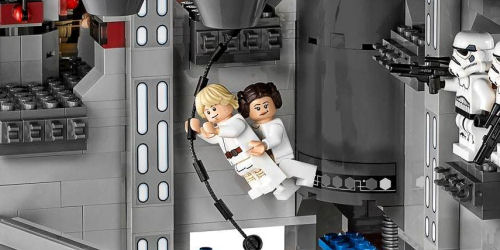 Quite possibly the most exciting potentially upcoming set is Death Star play set (75238) . If community suspicions are correct it will be a Death Star chasm swing, which was included in 75159 Death Star, but at a much higher price point that the low RRP of $29.99 that 75238 is said to have.

This 193 piece build is said to include three minifigs: Luke Skywalker, Princes Leia and a Stormtrooper which accounts for a dozen elements, leaving around 180 for the play set itself. This will put it on the same scale as the 75169 Duel on Naboo play set. 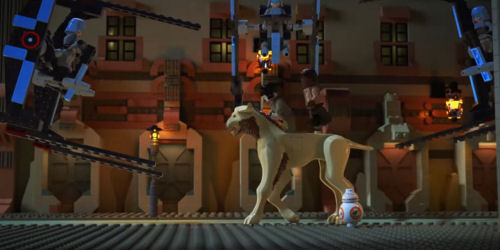 While our list of rumoured 2019 releases has 75229 as unknown play set, another source has 75229 down as Great Vehicle Escape (Canto Bight) and it is thought that this will combine a small escape/chase play environment with the Libertine.

Rumours about a Canto Bight set have been rife since March when LEGO produced The Last Jedi In Two Minutes videoette, and if true the release of the polybagged DJ minifig, that has been part of various promotions this year will start to make more sense. 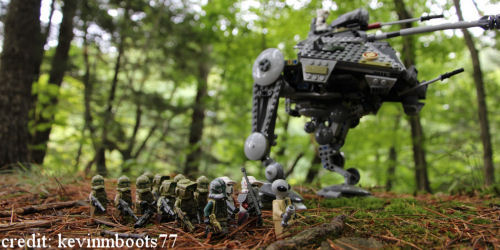 Images circulating on eBay and VKontacte suggest that the 75234 AT-AP set will have Commander Gree, Captain Tarfful, plus a pair of tan/green battle droids.

This will be the third iteration of the All Terrain Attack Pod, first released in 2008 and then again in 2013, the five year pattern should have seen the set re-re-released this year. It's timing makes it likely to be a tie-in to the new Clone Wars TV series that is returning at an unspecified date in 2019. 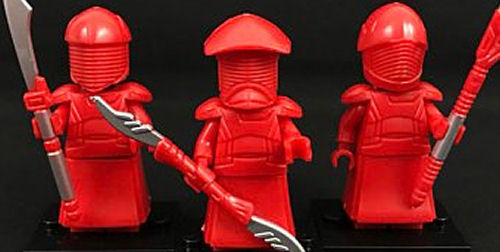 Typically a battlepack will contain four minifigs and a small play environment or vehicle, so this set brings the promise of half of Snoke's corps of bodyguards. After dropping this bombshell Sir von Lego stepped back into the conversation to share word that the helmets in 75225 Elite Praetorian Guards Battle Pack will be different to those in 75216 Snoke's Throne Room, which came out earlier this year.

When the release of 75216 Snoke's Throne Room ended months of rumours, fans were surprised that there were so few Elite Praetorian Guards minifigs included in it. If the information on this battle pack is right then LEGO will have produced six of the eight Elite Praetorian Guards seen in The Last Jedi, leaving the door open for another release.

Again, this is all just rumour and Rebelscum might be the victims of a betrayal the size of Cloud City, so until you see LEGO produce an official statement you've got no reason to adjust your LEGO Star Wars check lists.
SEND