LEGO: 2H18 Catalogue Reveals Releases
Posted by Jeremy on June 3, 2018 at 07:55 PM CST
While the images below show three of the known sets coming out in August, as well as the LEGO Star Wars Advent Calender (due out in September), there are a few notable absences. Click up the images below to check out hi-def shots and then scroll down below to find out why. 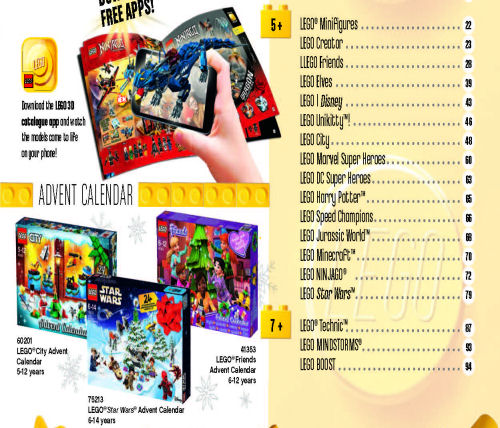 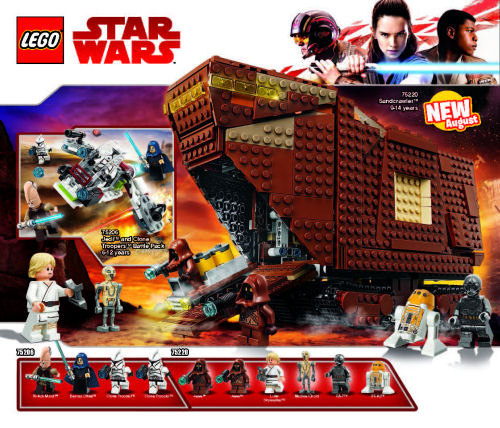 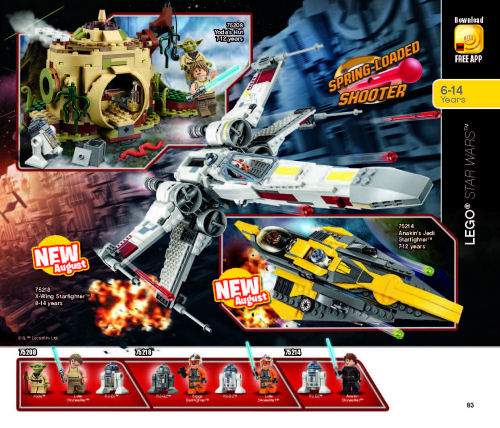 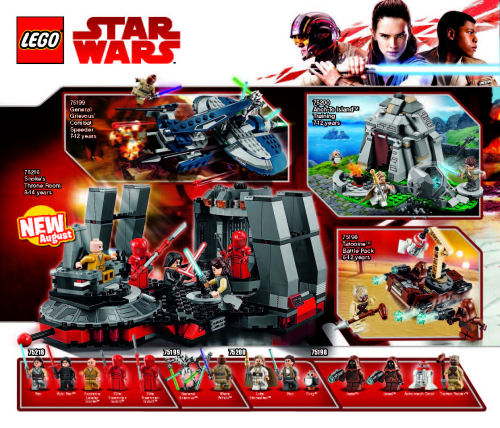 In a typical year LEGO will release the bulk of its sets on general release - meaning that any retailer who stocks toys - has the opportunity to sell LEGO sets. However each year LEGO negotiates a number of sets that will be sold as exclusives, either through specific retailers such as Target, Walmart and Toys "R" Us or direct to its customers (known as D2C) via LEGO brand stores, and the shop@home website and typically LEGO brand catalogues do not show these sets:
We also know that there are still three outstanding Solo: A Star Wars Story sets excluded from the catalogue. Their omission wasn't accidental as the lead time to design, print and distribute these catalogues quite often leads to leaks - as you may recall happened when a LEGO certified store in Italy put up a poster for the new UCS Millennium Falcon.
You can download the entire catalogue for yourself, and don't forget to keep tuned to Rebelstud.com - our dedicated LEGO Star Wars news stream - for more reveals later today!
SEND