LEGO: 75222 Betrayal At Cloud City Pre-Review
Posted by Jeremy on August 27, 2018 at 06:16 AM CST
It's been called a train wreck and has been put on the same list as as 75098 "Insult" On Hoth set, but is the community being needlessly harsh to this newcomer?

The initial and collective reception of 75222 Betrayal At Cloud City was largely disparaging, with comments and polls in both the LEGO and Star Wars community expressing disappointment. But is this a knee jerk reception because LEGO has delivered us something we weren't expecting? Are we lashing out because we've been taken by surprise and we're just reacting in a fight or flight fashion out of reflex?

Now that we have had a week to absorb the set Rebelscum thinks it's time to take a closer look.

Before we delve into the contents of the box let's consider the packaging. Typically it is made a few elements - the branding, the graphics and the title. The presentation of this set is in the style of the more recent UCS sets like 75192 Millennium Falcon and 75181 Y-Wing Starfighter - both of which are currently available to buy via LEGO and regular retail - and has the distinct higher-end graphical layout that characterises those sets aimed at adult collectors.


The big change is the dropping of the "Ultimate Collectors Series" branding. Almost since the subthemes conception in 2000, with the release of 7181 UCS TIE Interceptor and 7191 X-wing Fighter, the mark of UCS has been a headache for LEGO fans and The LEGO Group both. The confusion around the definition of a UCS set came to a head when 75098 Assault On Hoth in 2016, and now it looks like LEGO have taken the bull by the horns and created a new subtheme to their Star Wars license - the Master Builder Series - to settle the situation. You won't see it on the box and though it's not currently clear what the a sets needs to gain this moniker but further additions will clarify this.

Now take the set's name. The inclusion of "betrayal" is more evocative than the boiler plate titles that the other UCS sets have been given, and joined with the build's series of playable environments from The Empire Strikes Back we are clearly being directed towards role play rather than display.

As for the Cloud City set itself, there's a great deal of play included in it.

Per the official blurb the set is divided into four sectors which include a landing pad for receiving (welcome and unwelcome) visitors, a tastefully decorated residential sector with a well-appointed apartment and a conference center for important deal making and negotiations, a scrap processing facility, a hanger for the local security force and a prison cell and interrogation room for dealing with the unwanted elements who find their way to Cloud City, a carbon freeze chamber for safely storing slimey, double-crossing, no good swindlers and a sensor balcony perfectly suited for drying wet laundry and hosting lightsaber duels. 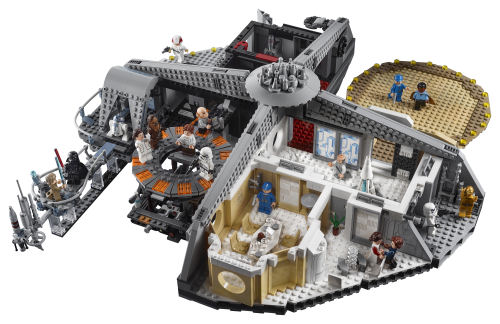 Rebelscum is still surprised at the inclusion of the torture chamber and count this as an indicator that while the set isn't aimed at adult collectors its certainly not aimed at the youngest LEGO fans either. The language of "Master Builder Series" would appeal to the older teens, and the inclusion of this room would indicate that LEGO are appealing to a more mature audience who still get a kick out of playing with their toys. 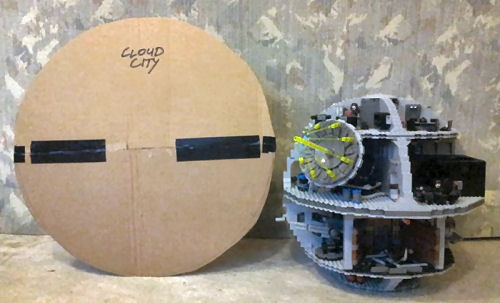 Also being largely ignored by the poo-pooers is the detail that has been cunningly hidden in the build. Upon closer inspection it is clear that the set's designers have a spent a great deal of time going over a secret 4k cut of the fifth episode in the Star Wars saga, and Brick Hello have done a fantastic job of cataloging some of the features that have been tucked away. 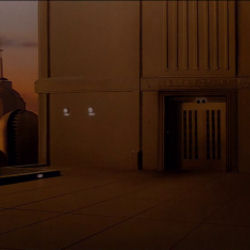 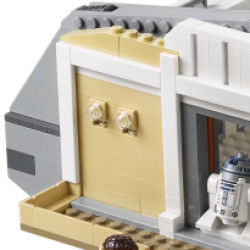 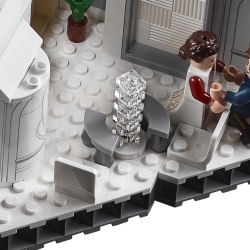 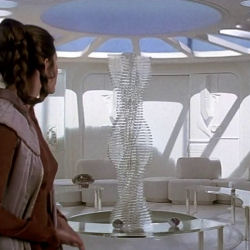 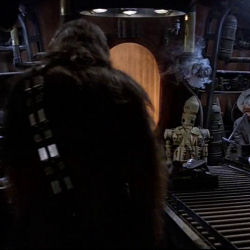 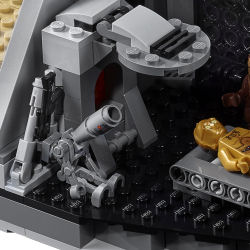 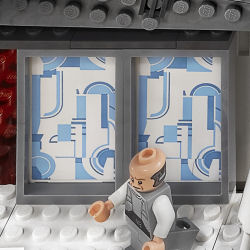 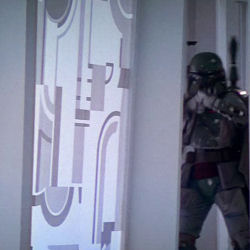 One of the more unusual inclusions is termed a "decorative Cloud City micro build" and as neat as it is it's outclassed by this year's LEGO Star Wars Advent Calendar (75213) which is accompanied by a super-micro Twin-Pod Cloud Car. 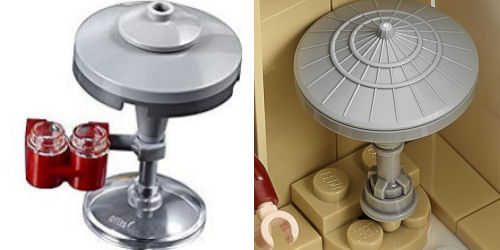 While it would be awesome to be able to integrate a 75137 Carbon Freezing Chamber and accomodate an 75060 UCS Slave I straight out of the box, you have to remember that LEGO is highly modable if you have the imagination and the bricks.

This 2,812 piece set will be available from September 13th for members of the VIP programme and October 1st for the general public, and can only be purchased via LEGOshop.com or at official LEGO stores.


With luck Rebelscum will be able to freely review this set in the near future. Want to share your pre-release thoughts on this set? Head over to our 75222 Betrayal At Cloud City discussion thread and cash in your two cents.
SEND