LEGO Star Wars Features at Fan Expo Toronto
Posted by Jeremy on August 10, 2019 at 08:54 PM CST
With next weekend's Fan Expo Canada coming up, the host city of Toronto is gearing up for hordes of sci-fi and cosplay devotees to visit the city and with two special events LEGO <>Star Wars fans aren't getting left out!

Those who didn't get to see the helmet mosaic made up of Stormtrooper minifigs at Star Wars Celebration Chicago will definitely want to head down to Union Station between August 19th and 25th to witness history in the making as LEGO celebrates 20 years of Star Wars with the world's largest display of LEGO Star Wars minifigures! Plus, it's free! 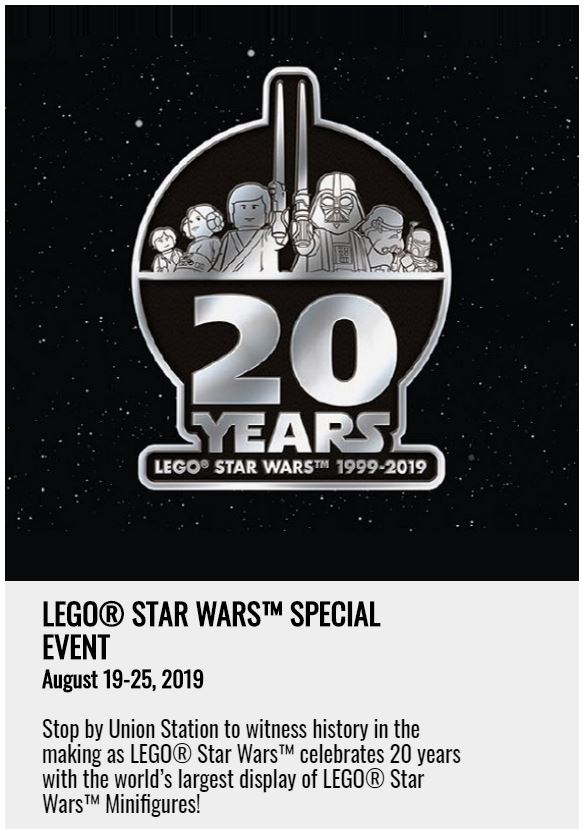 AFOLs and LEGO Star Wars collectors attending Fan Expo Canada on August 23rd will want to take advantage of Michael Lee Stockwell's guest appearance. Michael, who was one of the contributors to 75192 UCS Millennium Falcon - as well as re-designing (and vastly improving) Boba Fett's personal enforcement vessel and giving us the incredible 75243 Slave I - 20th Anniversary Edition, will be giving a talk and holding a question and answer session at 4pm. 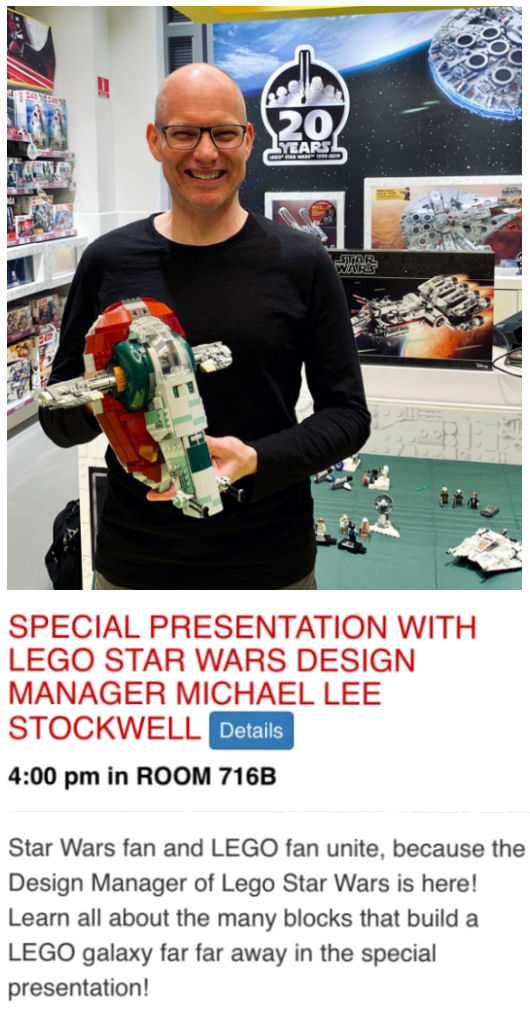 Has this left you wanting more? The show promises a multi-faceted Star Wars experience with the celebrity autograph opportunities, props displays, approved Star Wars tattoo artists and get up close and personal with the R2 Builders, 501st and Rebel Legion costuming groups.
SEND