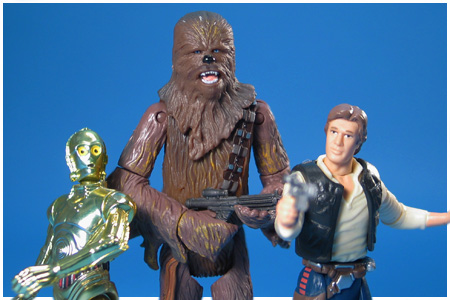 Movie Heroes Battle Pack
Rebel heroes fight to free the galaxy from the evil Empire. The Rebel Alliance brings together a diverse group of people, all with one common goal: to end the brutal tyranny of the Galactic Empire. the daring pilot and smuggler Han Solo and his fierce Wookiee copilot Chewbacca find themselves in the middle of the struggle, as does the protocol droid C-3PO.