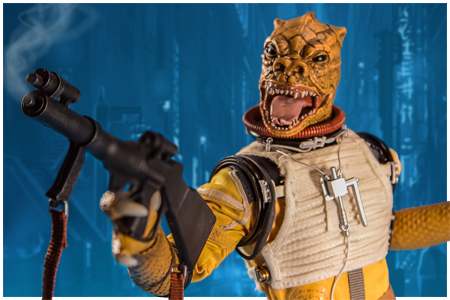 1/6 Scale Figure
While Sideshow Collectibles' Bossk figure was officially announced and went up for pre-order on June 29, 2012, collectors got their first look at it five months earlier when a sneak peek video was published to their site on January 22. Bossk began shipping in January, 2013.
Product Packaging

Included in the box:
Exclusive accessory:
About this toy: