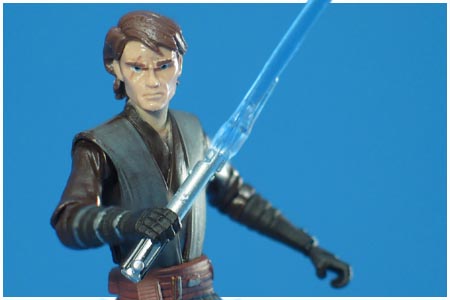 with Lightsaber Launcher
The first wave in the 2012 assortment of The Clone Wars action figure collection featured brand new figures based on Anakin Skywalker, the Clone Trooper (Phase II Armor), and Clone Commander Cody along with a repainted Chewbacca, and repacks of the 2009 Yoda, the original 2009 Cad Bane figure, the 2011 cold gear Plo Koon, the 2010 Mace Windu, and the 2011 Aqua Droid. Each figure in this assortment features one of four randomly packed tan display stand, a playing card, and a black six-sided die.