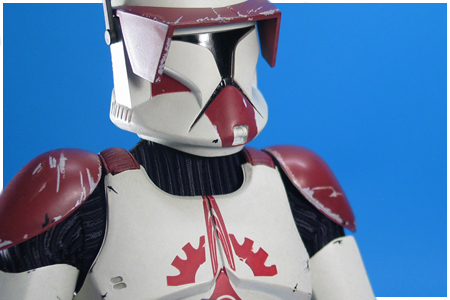 2012 San Diego Comic-Con Exclusive Figure
Revealed through a puzzle on their Facebook page, Sideshow Collectibles opened the pre-order for their 2012 San Diego Comic-Con Exclusive 1/6 scale Militaries Of Star Wars Commander Fox figure on July 2nd, 2012. The figure was made available to anyone that wanted to order it on July 4th. Unlike past years, the 2012 SDCC exclusives offered by Sideshow were anything but.