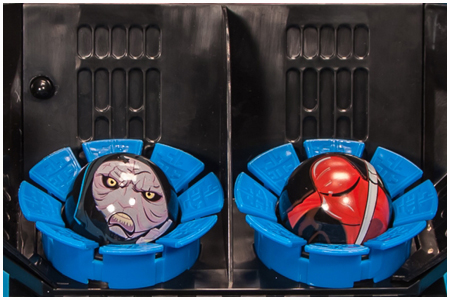 Star Wars DaGeDar
Cepia's DaGeDar Imperial Video Decoder plays over 100 Star Wars animations and sound effects locked in all the Dag Racers released in the first wave, and in select cases where you are pitting characters together based on a specific battle in the six films, a special video reenacts the duel. This set, which exclusively includes the SW130 Emperor Palpatine and SW064 Royal Guard Dag Racers, can be hooked up to your TV and is the ultimate starting gate for any two-lane Star Wars track.
Product Packaging