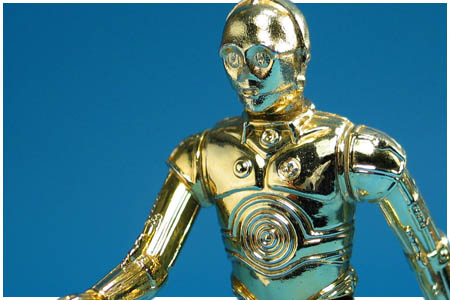 3 3/4" Action Figure
Never accused of being the most accurate figure in the vintage line, See-Threepio (C-3PO) still gets props for keepin' it real. Unlike some of his 12 back chums except his closest friend, the protocol droid got replaced with a newer version in 1982, but when you take his spiffy sack away --and put his arms and legs back onyoud be hard pressed to spot any sculpting differences.