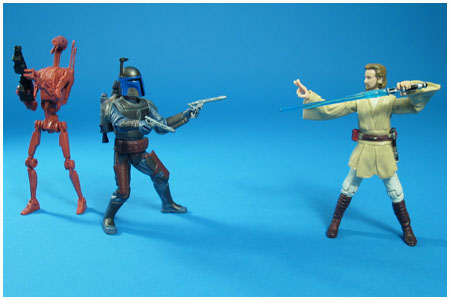 Movie Heroes Battle Pack
The Geonosian arena is rocked by an intense battle. On Geonosis, secret factories are churning out hundreds of battle droids and super battle droids for the growing Separatist movement. Obi-Wan Kenobi fights Geonosian warriors and battle droids that overflow into the arena, as Jango Fett takes on the Jedi and clone troopers.