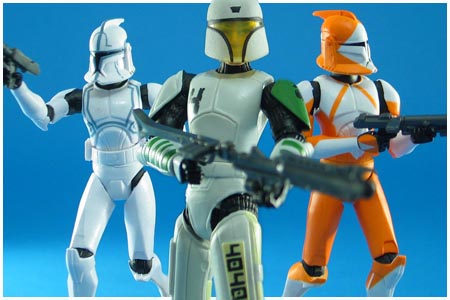 Movie Heroes Battle Pack
Clone troopers train for combat on the planet Kamino. Kamino is not only the place where the clone troopers are engineered; it is also where they are trained in battle tactics, fighting techniques and explosives. Seasoned clone troopers push the cadets hard to turn them into the toughest and most skilled soldiers in the galaxy.