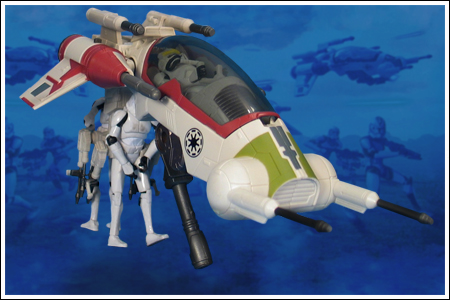 With Clone Pilot
Somewhat reminiscent of the Low Altitude Assault Transport/Carrier (LAAT/C), but on a much smaller scale and deploying two Clone Troopers instead of an All Terrain Tactical Enforcer (AT-TE), the Republic Attack Dropship was never officially revealed by Hasbro, but started appearing on shelves in April of 2012.