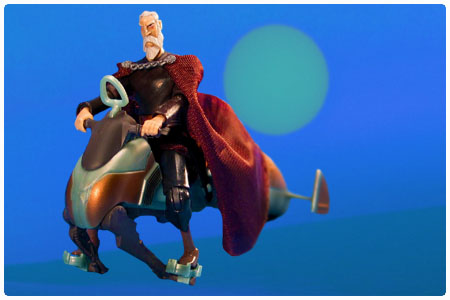 The Clone Wars Class I Vehicles
Revealed at San Diego Comic-Con in July 2009, the second wave of The Clone Wars deluxe vehicles that were released in the red packaging were something of a departure from what had previously been seen. Alongside the Freeco Speeder with Obi-Wan Kenobi and Speeder Bike with Count Dooku were two sets that consisted of two figures with additional accessories, 212th Battalion Clone Troopers with Jet Backpacks and Turbo Tank Support Squad, with the wave being released in the fourth quarter of 2009.