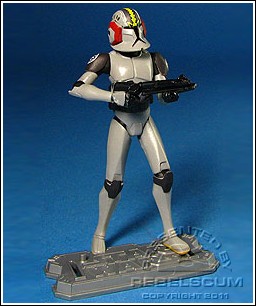 Comments: A seasoned veteran of many covert military operations, the stealth operations clone trooper shows a rookie trooper how to survive the dangers of a stealth combat mission - particularly one led by Anakin Skywalker. A routine relief operation turns into an all-out fight with a ruthless enemy. The battle-hardened trooper is tough on recruits, to make them ready for unexpected attacks and able to jump into action.


Back To Exclusive Figures