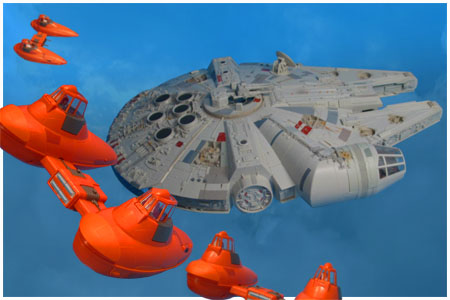 The Vintage Collection
The first wave of vehicles released in the "Shadows of the Dark Side" packaging were originally revealed at the UK Toy Fair in January 2010 and featured two vehicles from the Original Trilogy, Luke Skywalker's Snowspeeder and the Bespin Cloud Car. The vehicles started appearing on shelf in August of 2010, when the new line launched.

What's In The Box?
About This Toy