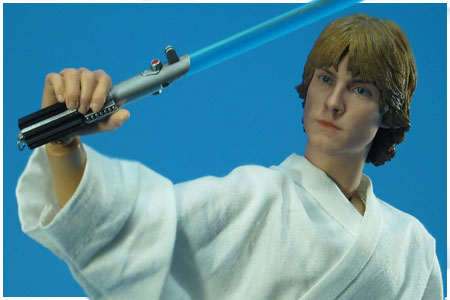 Ultimate A New hope Version
The buzz for a new 1/6 scale Luke Skywalker figure began in December, 2010 and it was only a few weeks before it was announced that Medicom Toy Corporation had teemed up withEnterbay to create a new line of 1/6 scale figures under the Ultimate Unison banner. The Luke Skywalker Ultimate A New hope Version was the first Star Wars figure introduced to the line, and it was fully revealed through distribution partners Sideshow Collectibles when the figure went up for pre-order on January 3rd, 2011.