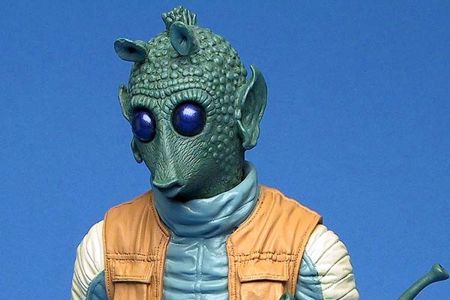 Collectible Mini Bust
A Rodian bounty hunter, he had large multifaceted eyes, skull-ridge spines, and a tapirlike snout. He learned the noble profession of bounty hunting from Spurch "Warhog" Goa and became one of Jabba the Hutt's henchmen. He caught up with Han Solo at a cantina in Mos Eisley on Tatooine and attempted to collect the bounty offered by Jabba. Solo was forced to dispose of Greedo.