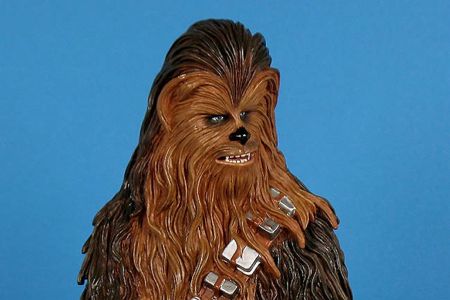 Collectible Mini Bust
An immense, fur covered warrior of great strength and loyalty, Chewbacca the Wookiee was a well-known figure in both the underworld and in the Rebel Alliance. For a time, Chewbacca was a slave, toiling away for the betterment of the Empire until an impudent Imperial cadet named Han Solo freed him. Chewbacca swore loyalty to Han, and became his partner in crime. The two of them became a well-known smuggling duo. When they came into ownership of the freighter Millennium Falcon, their exploits became legendary.