EMPEROR PALPATINE
Revenge of the Sith 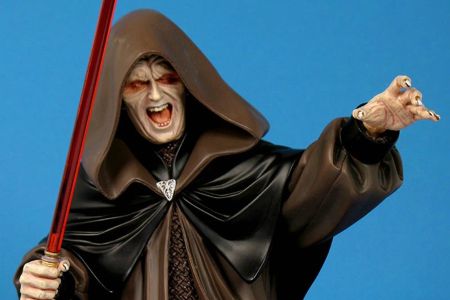 Collectible Mini Bust
Despite his disfigurement, Palpatine appeared before the Galactic Senate, and gave a stirring speech of how he narrowly escaped a treacherous Jedi rebellion. He assured the people of the Republic that his resolve had not faltered. He had routed out the treachery that had entangled the Republic in the Clone Wars. He would flense the corruption from the bloated bureaucracy that strangled the august government and reform it, as a new, more powerful, more secure institution. That day, before thunderous applause, Palpatine declared himself Emperor.