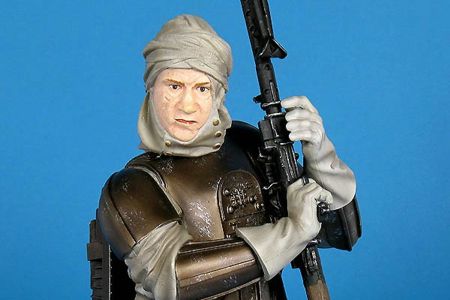 Collectible Mini Bust
Eluding the Imperial starfleet after the Battle of Hoth, the Millennium Falcon and her crew demanded the personal attention of Darth Vader. Disgusted with the fleet's inability to capture a single smuggler vessel, Vader turned to the shadows of the Empire, the galaxy's fringe. He hired six elite bounty hunters, offering a substantial reward for the capture of the Falcon. Answering the call was the grizzled human hunter known as Dengar.