Put Limited Run's Bounty Hunter For PS4 In Your Sights!
Posted by Jeremy on June 28, 2019 at 09:00 AM CST
The hunt begins. You are Jango Fett, the galaxy's most dangerous bounty hunter, hired to hunt down the elusive leader of a mysterious cult--dead or alive. Through 18 action-packed levels across six diverse worlds, face off against galactic scum, fearsome beasts, and brutal competition that stand between you and your prey: a deranged dark Jedi. This hunt will lead you to the darkest corners of the Star Wars universe where no one else has dared to go, but you are the fearless, ruthless, and relentless Jango Fett. For the galaxy's most wanted, there is no place to hide.
So went the pitch for LucasArts' Bounty Hunter, which was released in 2002 for Nintendo's GameCube and the Sony PlayStation 2. And now it's had a makeover for the PlayStation 4 by Limited Run, who are taking pre-orders on 7,500 copies of this glorious third-person shooter that fills in vital points in the history of his iconic spacecraft and his equally iconic offspring. 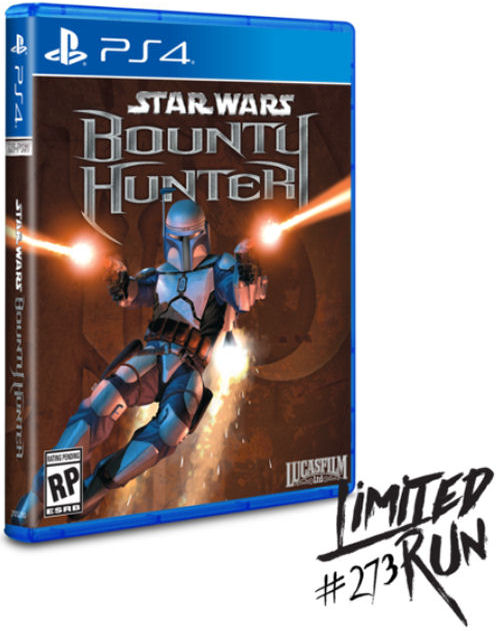 Place your order now for this region free, physical disc - priced $29.99 - and get ready to put aside your digital copies when it ships later this year.

Also available is the Collector's Edition of their Bounty Hunter re-release, which includes a SteelBook case, reversible poster, commemorative coin, and Jango Fett enamel pin - for $84.99 - and is being sold in two batches: right now and again and 6 pm EDT! 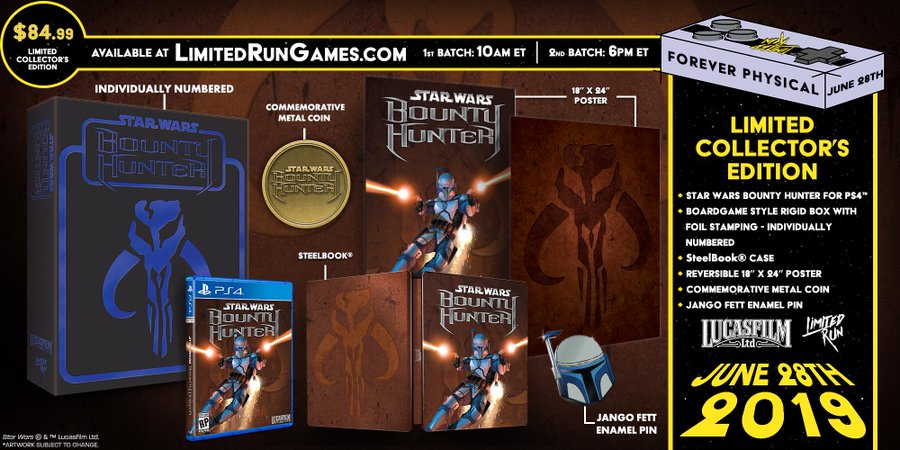 If you're hunger for classic Star Wars gaming has been reignited then check out the NES and GB retro deal on their Star Wars (1991) re-release before stocks run out.4

Head to Limited Run to get your orders in now!
SEND