If you're in Auckland over these dates then head to Westfield St Lukes shopping centre to take part in building New Zealands largest LEGO Star Wars mosaic! The build, which takes place over an action-packed weekend, has its big reveal on Sunday at 11:30 when the members of the 501st Legion lay the final piece of the mosaic. 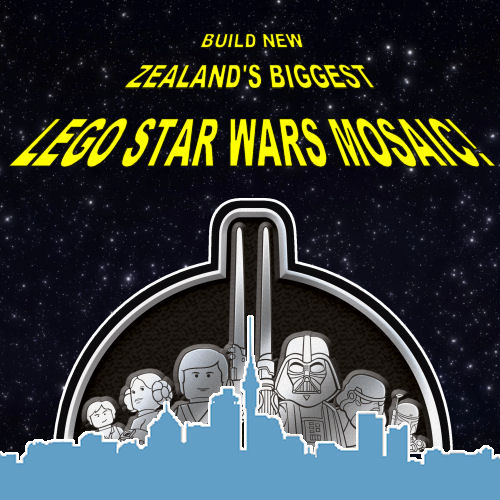 This three-day event will also see Kiwi padawans helping to build a surprise, super-sized LEGO Star Wars model alongside LEGOs only Certified Professional Builder in the Southern Hemisphere, Ryan "The Brickman" McNaught, battle it out in LEGO Star Wars trivia, build an exclusive mini LEGO Star Wars model to take home and young (and young at heart) Jedi are encouraged to don their favourite Star Wars costumes for the chance to win prizes for best dressed.

Raise your lightsabers to toast to 20 years of some of the greatest battles ever built!
SEND