LEGO Celebrates 20 Years Of Star Wars In New Zealand
Posted by Jeremy on October 9, 2019 at 09:39 PM CST
New Zealand's second city, Auckland, played host to LEGO APAC's second (and most likely last) celebration of 20 years of the LEGO Star Wars license in a packed crowd-participation event that saw a huge The Rise of Skywalker mosaic, featuring Kylo Ren and Rey, take form on the long weekend of October 4th to 6th.

Over the three day celebration - which extended into the next week with Westfield St Lukes shopping centre holding a school holiday zone - saw hundreds of excited kids and adults get stuck into the 165,888 bricks that formed the 2.28 high x 4.57 metre wide mosaic. 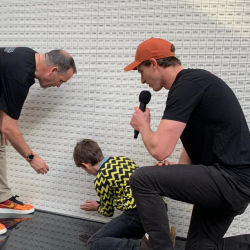 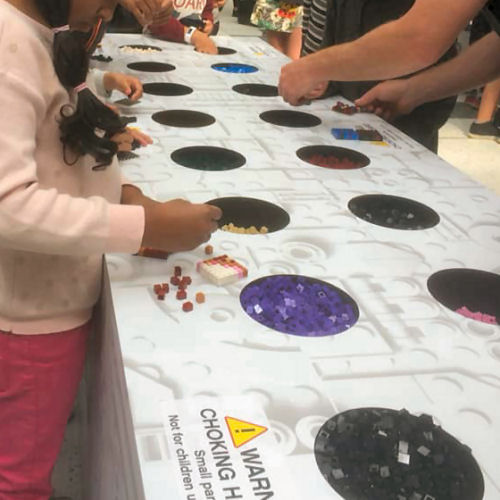 Taking over the central court on the ground floor at the Westfield shopping centre in Auckland's western suburbs, was a huge stage which had a back wall covered in white plates. On the wall-mounted plates a numbered grid, which corresponded to the instructions required for each particular 6x6 plate (of which there were 4608), was marked out. In front of the stage were tables holding pots of the 1x1 bricks that needed to be put on the 6x6 plates, sorted by colour and wide enough for several hands to reach into at once.

Keeping the focus on play, LEGO provided a number of make and take building areas for children (and sneaky adults) to assemble and keep their own Star Destroyer, TIE Fighter and Millennium Falcon models, as well as take part in LEGO/Star Wars trivia competitions, a daily dress-up prize and a photo opportunity with an upsized, brick-built Kylo Ren minifigure. 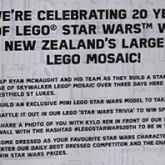 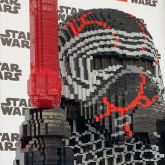 Ryan McNaught, the Southern Hemisphere's busiest (and only) certified LEGO professional, inspected each tile before it was carefully fitted to the mosaic. Through the weekend children were invited onto the stage to place the tiles on a white studded wall that became increasingly more hectic with colours and details, until the final piece was placed. Two lucky children, attended by members of the local 501st garrison, were called up to place the last bricks and complete the largest LEGO Star Wars mosaic ever built in New Zealand. 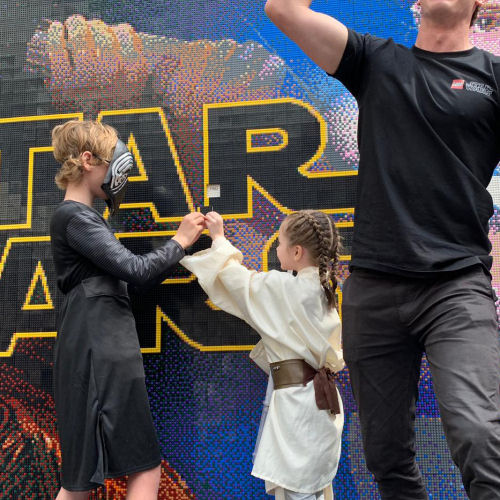 Matt Glasgow, Star Wars fan and webmaster at Star Wars New Zealand, commented that "It was very entertaining to see Ryan supervised the impressive build, that was completed by a couple of young fans to the applause of an enthusiastic crowd." 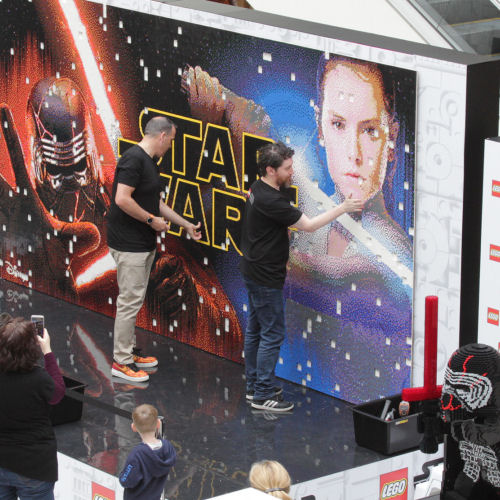 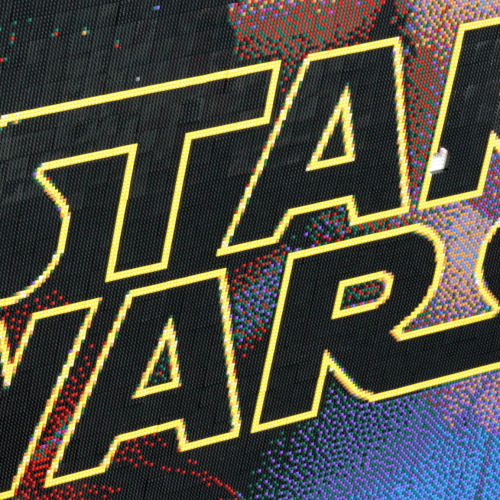 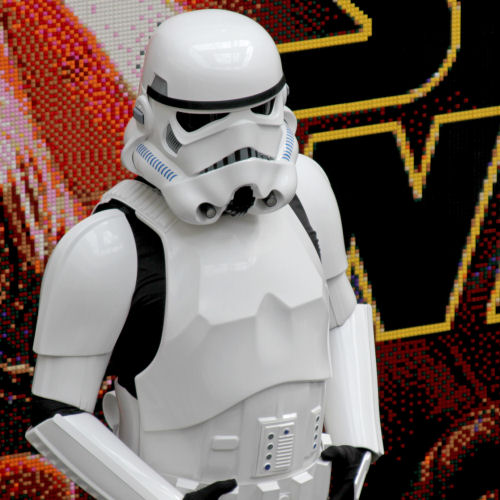 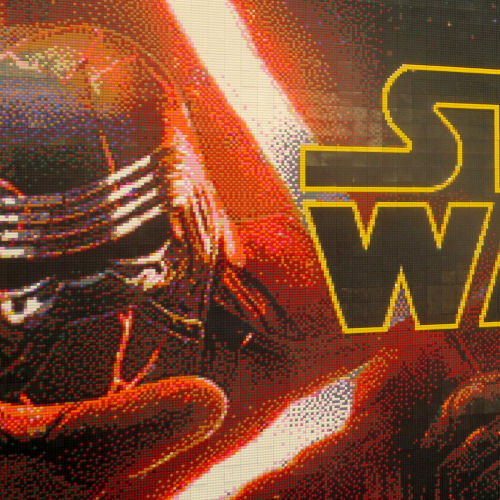 Special thanks go to LEGO Australia/New Zealand, Star Wars New Zealand and Westfield St Lukes for their assistance with this event.
SEND