LEGO: Why Are Leaks So Popular?
Posted by Jeremy on January 15, 2018 at 03:36 PM CST
Recently on Rebelscum we scooped the first images of the new Solo sets, and off the back of that we received an astonishing number of visitors. With our traffic analytics indicating that that viewers were being referred via a wide range of sites (film news, toy reviews, tech sites and in a few rare occasions from the religious right) it got us thinking about why leaked LEGO images attract so much attention.

Whether you think leaking LEGO set news is controversial or not, it is the latest mainstay of many LEGO blogs and in terms of search optimisation the words lego star wars leaks are an easy way to get an article bumped up a few notches. Just start looking at how many search results only include a passing reference to the matter than any actual material on the topic and you'll get an idea how LEGO Star Wars is trafficked.

After putting much thought to the matter it seems that our infatuation boils down to four simple concepts - general human curiousity, our innate inability to keep secrets, the popularity of LEGO and the desire to be one step ahead.

Humans are naturally an inquisitive species, and with that comes a desire to know as much as possible about what we enjoy. Recent psychological studies have indicated that there is a link between well-being and wisdom, particularly when knowing something that helps us navigate social situations.

In this world of ever-increasing social interaction our place in society becomes more important, and being part of a group leads us to a perception of safety and believing that we have better information than others gives us a feeling of higher security. Psychologists now understand that safety and security in a group helps us to solidify our standing in a community, andin turn gives us a sense of prosperity.

For the main part the same spirit that saw humans spread across the globe and cross the void of space between Earth and the Moon is what gets people clicking on links to LEGO leaks: general human curiousity.

But curiosity is a double edged lightsabre because the pursuit of information leads us to the temptation to share it, and sharing something we know we shouldn't be gives most of us a kick. 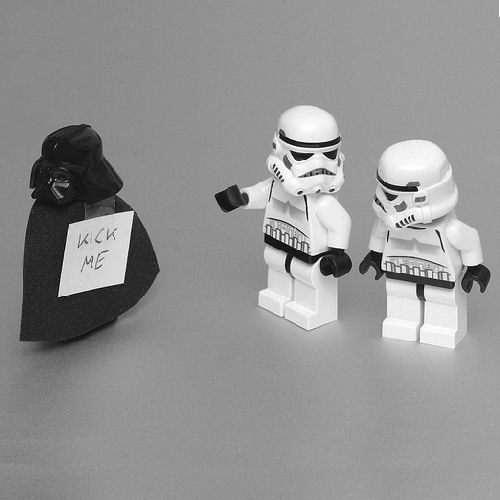 Like the thirst for knowledge, the need to gossip has been with us for many, many millennia and anthropologists believe that it is integral to human survival. In those early days of hunter-gathering we relied on more physical means to keep each other in check, and as we evolved we developed aspects of language for policing one another verbally, to compete in a less bestial way and to counter-act the competition.

In a social environment gossiping, in the right circumstances, can lead to bonding and while the execs in Billund won't necessarily appreciate this truth, get a group of LEGO fans together and the most vocal part of their discussion will be about what is new and what is going to be new.

And while this might not sound immediately relevant to LEGO leaks, gossiping about our favourite toy ticks more boxes than you'd expect if your consider LEGO a foe to your time, income and emotions. 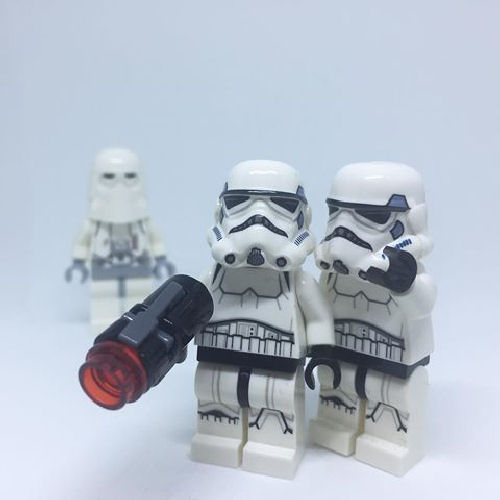 It isn't just LEGO Star Wars leaks that enjoy a degree of notoriety - all the LEGO licensed ranges have had recent leaks which gained websites hosting the images a lot of attention. And even the in-house lines like a recently leaked change to the faces of the Friends character, the early reveal of the 10260 Downtown Diner and scoops on the City themes always create traffic bumps.

Why does LEGO enjoy universal popularity and what is it about the toy that makes us want to find out as much as we can, as soon as we can?

LEGO, more than most toys, appeals to young and old alike, it encourages creativity and is a never-ending source of play, it provides - by teaching hand/eye coodination, how to follow instructions, problem solving and basic mechanical skills - an educational platform without appearing teachy, and is a social toy that brings groups - whether they are children or adults (or a mix) - together to create and play.

But perhaps more so for adults playing with LEGO provides a sense of over-coming chaos - from pouring the bricks out on the floor, and sorting through them to complete the final creation - helps to soothe us.

Like many things we do, seeking out new experiences - whether they are new travel destinations, a shiny gadget or the latest toy - is hard-wired into us, and as much as it is part of our human nature to be curious we get a physical bump out of the chemicals that get released in our brain when we feel happiness.

So when we are able to combine an aspect of our lives - such as pleasure of playing, creating, socialising and learning with LEGO - that brings us joy with finding out something new that concerns a particular passion, then it's not difficult to imagine that there are all kinds of neurological attractions to clicking on the latest leaked LEGO set image. 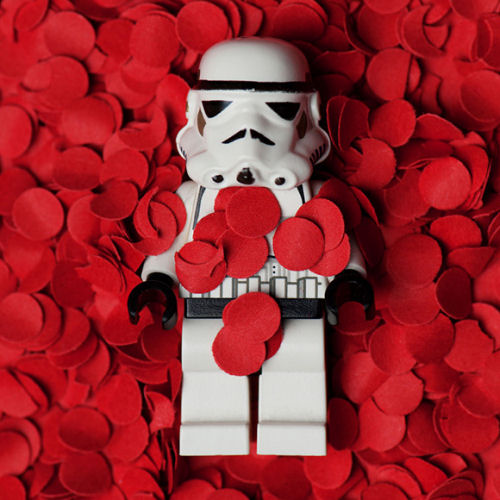 Back in the Prequel Trilogy days it was leaked images of a different kind of set - those glimpsed at filming locations - that were the most common way to fuel the rumour engine. And while this is still true today the increase in large scale interior studio sets combined with CGI chicanery has seen a decline in the number of Star Wars scenes filmed on location, and though we have had a drip-feed of reveals it isn't enough to satiate the hunger of most Star Wars fans. With the increased control in the dissemination of marketing material leading to an increased importance in leaked toy images, licensees like LEGO feel the pain from licensors when plot elements are exposed ahead of schedule.

With the initial header graphics leak hitting the internet Disney Lucasfilm denied that the graphics had anything to do with the movie and tried their best to make us believe that they were fan made. Few fell for it though, and these were soon followed by the Solo sets here on Rebelscum. These were pretty revealing and gave us more than a sneak peak at what is to come in the next Star Wars anthology movie.

But was that it that made us click? Was it a look at an earlier stage in our favourite galaxy's history?

The images of the sets certainly combined all the elements of MAYA (Make Advanced Yet Acceptable) with sets designed to remind us of the familiar but still present the content in a new light, and a packaging graphic that was reminiscent of Cloud City in The Empire Strikes Back yet presented with more than a touch of 70's vibe.

Ultimately though it all comes down our genetic programming because in our inescapable need to learn, gossip, experience, compete and enjoy we evolved just to click on LEGO leak stories.

Though there is always the truth that some people just like to be Rebel scum. 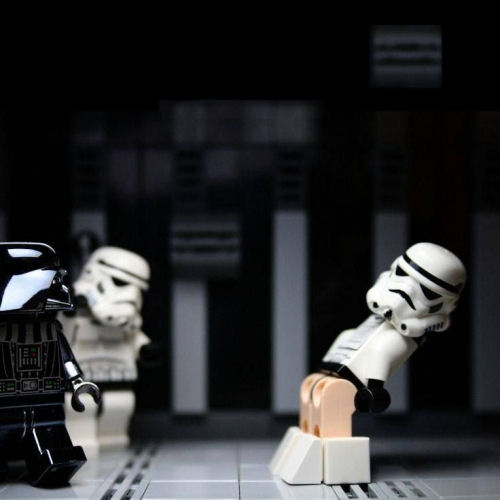 Please help support Rebelscum's ability to bring you the latest news by purchasing your next LEGO Star Wars set through our affiliate membership.
SEND