Special Preview: RealD 3D Rogue One Glasses
Posted by Jeremy on December 14, 2016 at 01:44 AM CST
Three dimensional projection system provider RealD has kindly supplied Rebelscum with an advance set of the three scuplted 3D glasses have been specially produced for Rogue One.

Designed in the USA by CDM Co, a company who has a lengthy history in producing Star Wars merchandise as they were the first company to produce LEGO Writing pens. As a global leader in the development and production of 3D eyewear for a premium theatrical and in-home 3D viewing experience, CDM Co have worked in partnership with RealD and numerous major movie studios - such as Marvel, Disney, Lucas (for the release of 3D versions of The Phantom Menace and The Force Awakens), Universal and Warner Brothers - to develop and distribute collectible, character-centric 3D eyewear. The buzz generated by the four TFA glasses was amazing and ReadD capitalised on it by releasing one per week to give Star Wars fans more reasons to go back to the cinema. 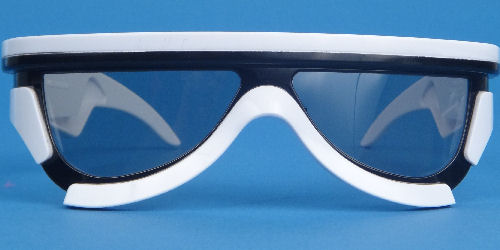 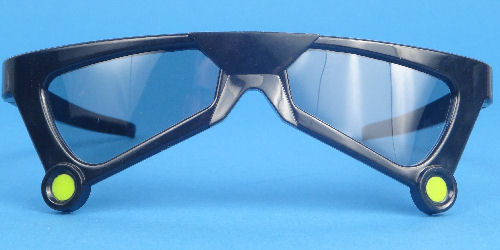 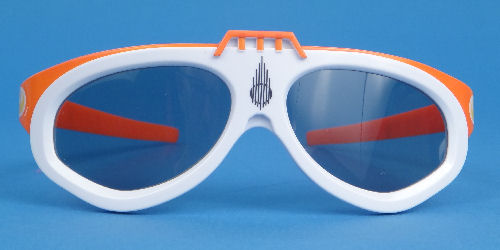 Unlike the Master Images 3D glasses there does seem to be some size scaling. From my immediate impression the Rebel Pilot ones would appeal more to young girls and the size seems to be slightly smaller. Similarly the Death Trooper ones appeared to have a narrower width and thinner temples (arms) and would accommodate a child's head more comfortably. The Imperial Storm Trooper glasses are a good bit chunkier, with thicker arms and a much more robust structure. Of the three these would fit an adult more adequately, and would last longer - perhaps even until the 3D BluRay home release of Rogue One. 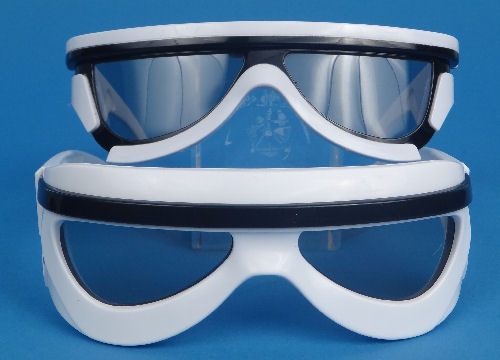 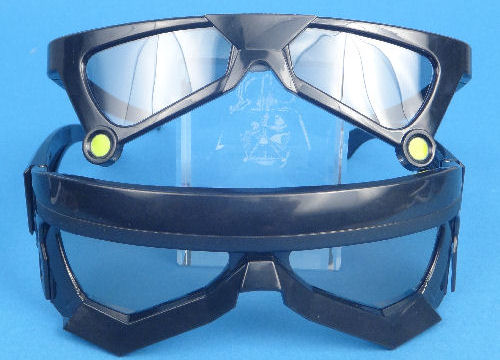 There are not yet any details on cost or distribution - I guess we'll know in a few hours.

Are they necessary though? The design aesthetic certainly won't add to the 3D experience but it will level you up in the eyes of fellow Star Wars fans and other members of the audience. (Here's hoping it'll become cooler to wear these than wave around plastic lightsabers during the showing.)

Though they are being produced by RealD the glasses will work with in competing MasterImage 3D certified cinemas as well. However they won't work with active-based 3D systems, such as Dolby, IMAX or Xpand, as these companies use shutter glasses with active electronics. On the plus side they will work with 3D TVs that use passive 3D technology, which is most of them.

On a final note, despite their dark tint these glasses cannot be used as sunglasses. Because of the structure of the lens, 3D glasses might expose the retina to a higher dose of light radiation (ultraviolet and infrared) than normal exposure to sunlight generally causes. So if any one figures out a mod to swap out the 3D lenses to make UV protective sunglasses please feel to post in the Rebelscum Props and Prop Replicas section in our forums.
SEND