Special Preview: Rogue One 3D Glasses
Posted by Jeremy on November 26, 2016 at 03:11 PM CST
Over the years Star Wars licensing has had its up (Master Replicas Force FX lightsabers) and downs (Episode I Koosh) but I think it's fair to say that a new benchmark has been set with the official Rogue One 3D glasses.

Designed by pioneering Australian 3D glasses manufacturer Look3D, who have been creating specialist digital cinema eye wear for nearly a decade, these Rogue One glasses are a big step forward in detail and screen accuracy from the ones released for the North American release of The Force Awakens in 2015.

Look3D has a long and impressive history with some of the biggest movie studios in the the industry - DreamWorks Animations, LucasFilm, Warner Brothers, Disney, Paramount, Fox and Sony Pictures. In addition to the last Star Wars movie Look3D has produced character glasses for Finding Dory, Trolls, Teenage Mutant Ninja Turtles, Angry Birds, Hotel Transylvania 2 and the last Spongebob Squarepants movie.

With such an impressive list of clients it's not surprising that Look3D is the leader in themed glasses. They work with all the studios on multiple 3D movies throughout the year and select the best upcoming 3D releases. Consulting closely with the studio - in this instance Disney/Lucasfilm - they work from the basic brief that the frame that will help the viewer immerse the viewer into one of the the characters

For the release of Rogue One it was Look3D who approached Disney, who provided them with a style guide to work from. The head designer at Look3D carefully developed a wire frame model in a CAD software suite which was then rendered with surfaces and textures. Once a few designs had been approved they were submitted to Disney/Lucasfilm for final approval, and the ones that made the cut were prototyped on a 3D printer for final testing. With all the design phases complete the finished glasses then went into production just prior to the release of the movie.

Three dimensional projection system provider MasterImages has kindly supplied Rebelscum with an advance pair. The two glasses shipped from the US on Tuesday and arrived two days later here in Australia. I was amazed at how quickly they arrived but then I opened the package and my amazement doubled when I took the glasses out. Stupendous!

Modelled on the visor portion of an Imperial Stormtrooper and the new Death Trooper helmets, they are distinctly different in design. While the classic Stormtrooper helmet design retains the white, smooth and rounded appearance that most movie goers will regonise, the Deathtrooper's plastic has a dark, ominous gleam and a slightly angular - almost insectile - appearance. Suddenly the shock troopers of the Empire become a comforting site in light of the alien visage presented by the elite soldiers of Imperial Intelligence. 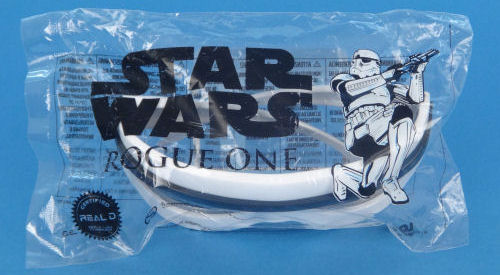 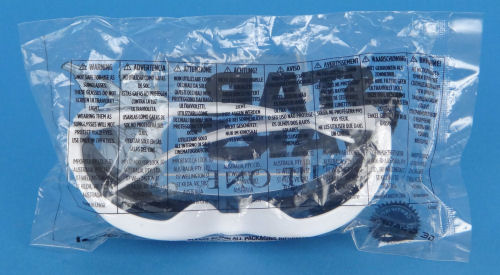 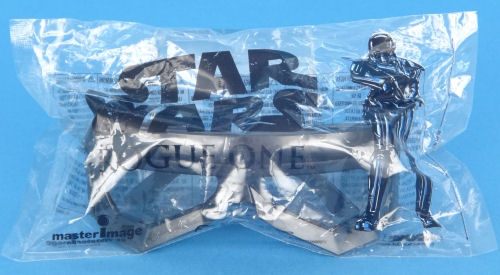 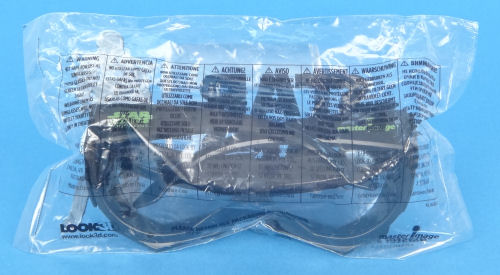 As with any piece of one-size-fits-all apparel there is a certain amount of forgiveness the wearer has to extend since the size is halfway between an adult and a child. They aren't uncomfortable though, as the temples are made of a bendable plastic. But you certainly wouldn't want to wear them for more than a couple of hours.

Are they necessary though? The design aesthetic certainly won't add to the 3D experience but it will level you up in the eyes of fellow Star Wars fans and other members of the audience. (Here's hoping it'll become cooler to wear these than wave around plastic lightsabers during the showing.) But what of the tech that goes into these?

The short answer is that the glasses, coupled with the projector and the screen are magic but the truth is a little less fantastical. A special LCD lens is placed in front of the projector to alternately polarise each frame which effectively rotates the light from image (it gets complicated because images are light) but not the image so that when the light reaches the glass's lens the image can only be captured by the retina behind it. As there are two lenses, each of the the viewer's eyes can only see a particular image. This has the effect that each eye sees an image that is slightly out of phase (or offset) with the other. The brain won't allow itself to mis-interpret this and - because of a million years of evolution - the brain synthesises the two images into a single image, creating the perception of depth.

Though they are being produced by MasterImage 3D the glasses will work with in competing RealD certified cinemas as well. However they won't work with active-based 3D systems, such as Dolby, IMAX or Xpand, as these companies use shutter glasses with active electronics. On the plus side they will work with 3D TVs that use passive 3D technology, which is most of them.

Both pairs will be available at North American and European cinemas, and possibly Australia and New Zealand, where the appropriate projection system is available. There is no set distribution method - it may be that some theatres will include them as part of general admission or at special screenings tickets, or as an extra purchase at point of entry. Certainly in Australia these will most likely only be available through Look3D vending machines installed in the foyer. Prices haven't been determined yet but expect to pay between US$10 to $12.

On a final note, despite their dark tint these glasses cannot be used as sunglasses. Because of the structure of the lens, 3D glasses might expose the retina to a higher dose of light radiation (ultraviolet and infrared) than normal exposure to sunlight generally causes. So if any one figures out a mod to swap out the 3D lenses to make UV protective sunglasses please feel to post in the Rebelscum Props and Prop Replicas section in our forums.
SEND