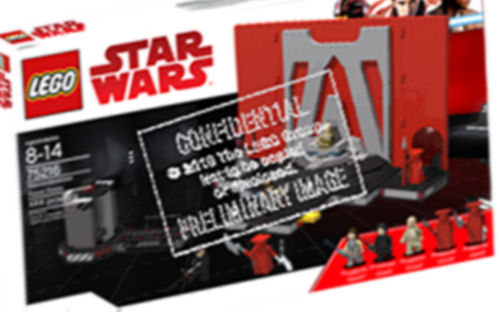 Internet pundits are declaring this to be the work of a hoaxer, and point to the low quality of the render, the rudimentary building techniques used in the background curtain and the overlap of said curtain over the header as proof.

Others have countered, noting that LEGO's early preliminary renders are sometimes of a poor resolution, often only intended to serve as concept illustrations and are hastily thrown together mock-ups. We've certainly seen evidence of the latter when advance artwork for 75159 UCS Death Star got shared on /r/lego.

Only time will tell if this image is a legitmate render or not. Of course, if LEGO hits us with a take down order we'll have its authenticity all but confirmed.

In the meantime why not enjoy this fan made stop-motion brick flick of the scene in question.


If you want to stay on top of what LEGO Star Wars sets are expected this year then jump over to our handy The Big Picture For The Year Ahead forecast and get a good look at what's coming over the hill.
SEND