LEGO: BrickHeadz Star Wars Catch Up
Posted by Jeremy on April 16, 2018 at 10:19 PM CST
A few months ago we posted our list of Star Wars BrickHeadz sets we were confident would make an appearance in 2018. With new additions - like the Marvel Infinity Wars sets, Back To The Future Marty and Doc Brown (41611), and Jurassic World II's Owen and Blue (41614) - with a total of 30 BrickHeadz confirmed for 2018 it looks to be a diverse range.

With the addition of 41608 Han Solo and 41609 Chewbacca to the BrickHeadz line-up it's time to look at what other Star Wars additions will be coming out, because over the last week there's been plenty of more-than-circumstantial-evidence floating to the surface, plus one solid lead, to help firm up our expected release list.

From The Brick Fan we get the following list, which helps to corroborate the one we posted in February:

With this list and a number of Universal Product Codes that were slipped under the office door in an unmarked envelope we are able to provide results, via Brickseek.com showing that three of these new BrickHeadz sets are in the Walmart stock system. While they aren't listed on Target yet this isn't sufficient proof to categorically state that they are retailer exclusives.

The existance of a BrickHeadz Darth Vader was teased by LEGO last November but over at The Brick Show there's been a leaked - but blurry - image of of 41619 Darth Vader and 41620 Stormtrooper posted. 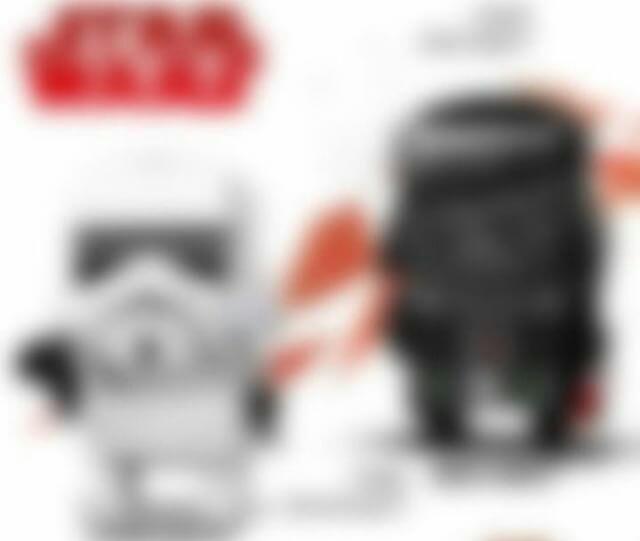 All of this information allows us to update our list. 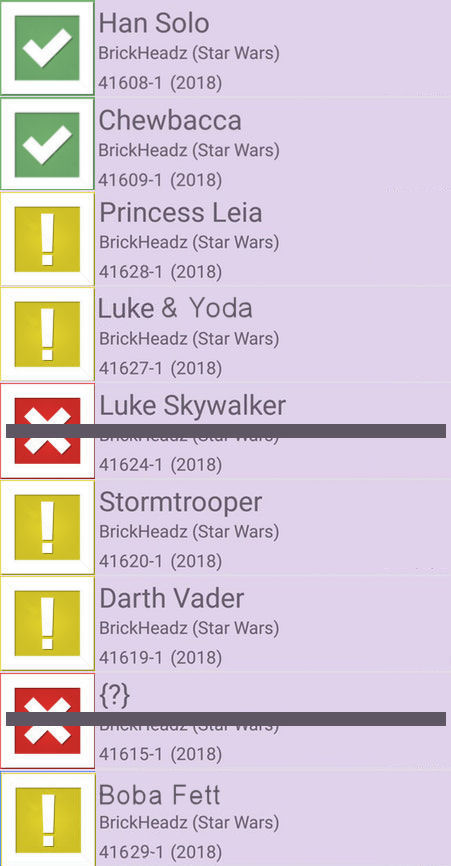 Green check marks means confirmed, yellow exclamation marks are those sets that are known but not officially confirmed, blue question marks are unsubstantiated rumours and red crosses are ones that have been proven false.

If you like receiving your LEGO Star Wars news in Rebelscum flavour please consider making the occasional LEGO Star Wars purchase through the links provided. This helps to support the site and costs you nothing.
SEND

Your Vintage Collection
Star Wars The Vintage Collection Archive Edition Book
So, what of substantial collectible value did you destroy or lose in the past?
Jabba's Sail Barge
Cobb Vanth - #TM??
Some of my Super Mario Bros. customs
How come Starwars didn't skyrocket like other hobbies?!