LEGO: Expected Star Wars BrickHeadz For 2018
Posted by Jeremy on February 5, 2018 at 10:42 PM CST
For a number of months a couple of LEGO sites - including Brickset.com - have been playing host to a partially complete list of Star Wars BrickHeadz that are believed to be due in 2018.

With Brickset commiting their stamp of officialness to it and a number of decent images - including 41608 Han Solo and 41609 Chewbacca - popping up to surprise us this list has been taken as accurate. 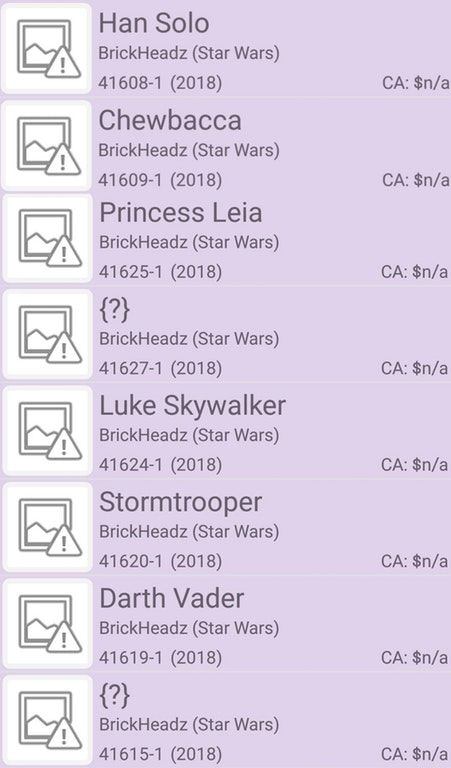 And while the existance of 41619 Darth Vader and 41620 Stormtrooper have been confirmed through alternative means we've been left wondering and guessing about the rest, chiefly 41615 Unknown, 41624 Luke Skywalker, 41625 Princess Leia, 41627 Unknown and 41629 Unknown.

Rebelscum has received information from a credible source that 41627 in a Yoda/Luke Skywalker double pack (we don't know if this is a Dagobah or Ahch-To pairing yet) and 41629 is a Boba Fett. 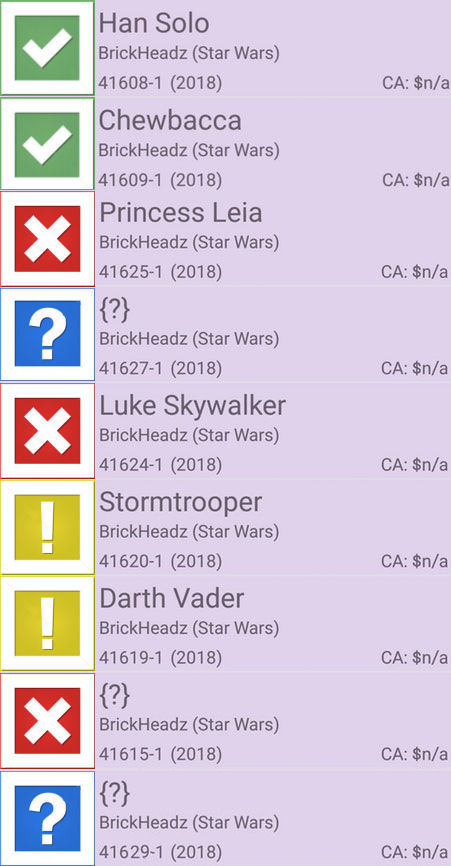 All prices should be US$9.99 except for 41627 Yoda/Luke Skywalker Collector's Pack which should be $19.99 if the Target exclusive Rey/Kylo Ren two-pack is anything to by. There is no further information 41624 Luke Skywalker or 41625 Princess Leia yet and release dates are not known either.