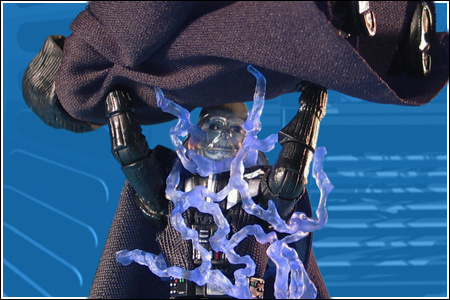 Episode VI: Return of the Jedi
Harking back to the original Vintage line, with a design that was once considered by Kenner as an alternative to the classic black-and-silver look, the "Lost Line" was first revealed to fans at New York Toy Fair in February 2012 and debuted in the San Diego exclusive Carbonite Freezing Chamber the same year. The first six figures that came in the set, one from each episode of the complete Star Wars saga, were Jar Jar Binks, Clone Trooper Lieutenant, Shock Trooper, Sandtrooper, Princess Leia and Darth Vader.