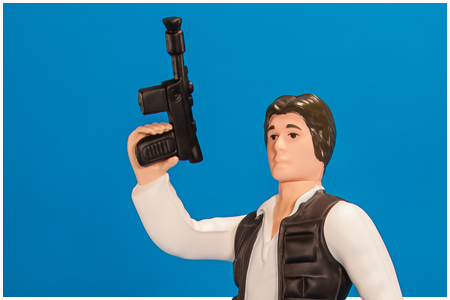 Jumbo Kenner Figure
The small head version of Gentle Giant Ltd's Jumbo Kenner Han Solo figure was revealed in a teaser image back in July 2010 but it didn't go up for pre-order until the following September. Like the classic Kenner action figure from 1978, GG's small head Jumbo Han saw a much shorter production run than the big head version. Both versions of the figure began shipping in the last few days of April 2011.
Product Packaging