Two weeks ago the game that is gripping the planet was finally released after months and months of marketing build-up. If you are a regular reader of the internet there's no way it could have escaped your attention that Warner Brothers, with their imprint studio Traveller's Tales, was working to fit The Force Awakens into the LEGO Star Wars brickiverse. Through our partnership with 18point2, the marketing and distribution company that Warner Brothers is working with in Australia and New Zealand, Rebelscum was provided with an advance copy of LEGO Star Wars: The Force Awakens to review.

It's been many years since I spent three days at the Traveller's Tales design studio playing the beta version of LEGO Star Wars: The Video Game and my knees have got stiffer and my back weaker. This time around I recruited three beta testers of my own - named (with only the minimal amount of tweaking to protect their identity) Obi-Wan, Barada and Rey - to play through so I could compile this game review. 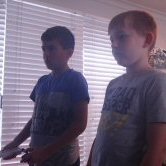 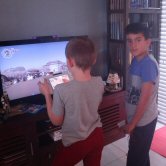 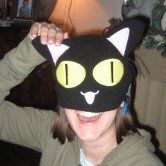 The purpose of this article isn't to provide a thorough or accurate walkthrough/guide to the game but to give an insight into the playability, skill required and an indication on what to look out for - gags, Easter Eggs and teasers - as you play through.

Hopefully this will entice you to purchase a copy for yourself. If you are looking for a walkthrough or a guide to red/gold/carbonite bricks we can suggest IGN.com who have an exhaustive Wiki of their own. If you prefer the traditional paper product you can go for the official LEGO Star Wars: The Force Awakens strategy guide from Prima Games.

As a precursor to the action of The Force Awakens, the player is treated to a reminder in the history of the last events of the Star Wars storyline through a replay of the Battle of Endor. This all-new level serves as a brief lesson to new members of the audience who have just joined the Saga.

Long before Luke Skywalkers disappearance and the rise of the First Order, the tyrannical Empire is preparing to destroy the Rebel Alliance once and for all.

As the Rebel fleet draws closer to the second Death Star, Luke Skywalker has turned himself over to Imperial forces to confront Darth Vader one last time.

The Rebel strike team led by Han Solo makes its way towards the Imperial shield generator on Endor, but a deadly surprise lies in wait for them...

The level starts in a forest glade and once the players have disassembled the requisite number of Stormtroopers there are a sequence of puzzles to solve to rid the Ewok tree village of a marauding AT-ST.As with any LEGO video game from Traveller;s Tales all of this takes place alongside the necessary stud collection (or bishy-bashy as my son and I call it) to build up your trove, which will allow you to buy new characters and upgrades. 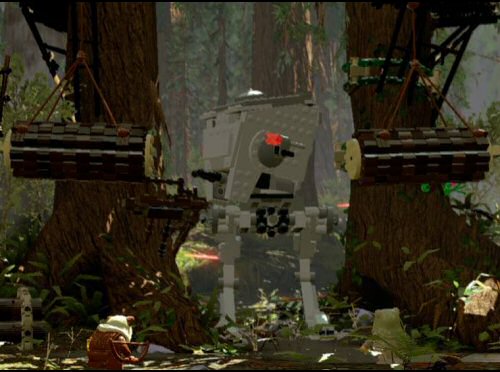 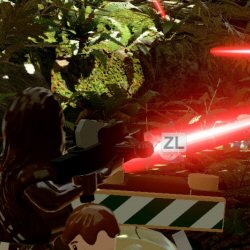 Then it's straight into a skirmish using the new duck-and-cover play feature that lets you use barricades as protection from blaster fire. As you progress through the level you also learn to call and command extra troops to help you overcome problems that need more than two to solve. There are also multi-builds, another new feature that use the same pieces to construct several puzzle solutions. I doubt that it is coincidence that these multi-builds always have three alternatives, because LEGO have their own 3-in-1 range of Creator sets.

The AT-ST vehicle section of the level sure beats the monotonous race track speederbike chase from LEGO Star Wars: The Video Game II but sometimes the screen centreing is a bit off and you find yourself navigating the forest of Endor in the corner of your TV screen. The romp through the trees, taking out

With the bunker captured game play moves to the orbiting Death Star and a father/son face off against Palpatine. The cutest feature in this boss-level fight is building a MINI X-wing and TIE Fighter, and using the Force to hurl them at a be-throned Emperor. This section also reveals a new combat technique - Force throwing lightsabres. 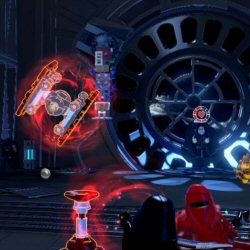 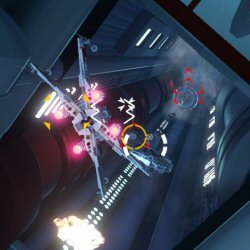 Once Palpatine does his final free-fall we are treated to a very Special Edition gag that will have the original Star Wars generation grinding their teeth. But at least we get to hear some audio from Sebastian Shaw's original dialogue (which still brings a tear to my eye).

Then it's straight to the Death Star's exterior with a run across the surface, battling TIEs and dodging turbolaser cannons, to the entrance to the core and down the myriad of tunnels. I's all pew-pew-pew until the power generator is destroyed in a very confusing dog fight and bombing run. Unfortunately there is no mad dashed escape-the-exploding-Death-Star flight for survival to cap the level off though, but it's still a great ending. 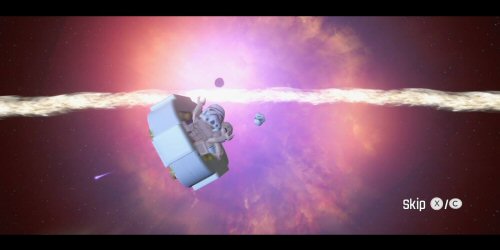 The timeline then jumps forward 30 years and you can continue reading our game play review, which we've broken up into multiple parts for easy navigation, using the links below.