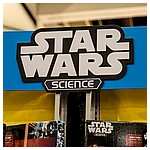 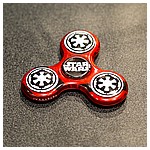 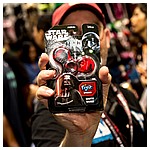 2017 San Diego Comic-Con: Uncle Milton
Posted by D. Martin on July 29, 2017 at 12:49 AM CST
Uncle Milton's 2017 San Diego Comic-Con booth had many of their Star Wars Science items on display, but the first wave of their Star Wars Fijix spinners stood out as the the one item most visitors were interested in discussing. THe first wave of spinners includes Darth Vader, Boba Fett, R2-D2, and Stormtrooper. Those that need to collect them all should take note that Luke Skywalker and Princess Leia will follow soon after the first four's August release.
SEND